In the UK, adult social care has long been the awkward sibling of the NHS. Approximately 1.5 million older people have to struggle each day without help and support, while those who can access care often have to pay enormous bills for it. Campaigners have been calling for reform of the system for decades. But governments have tended to push the glaring problems under the carpet.

That isn’t going to be possible anymore. During the Covid-19 crisis, the social care issue has been well and truly exposed. It’s never been more obvious that the sector has been overlooked and many countries have failed to protect their senior citizens. The virus has spread rapidly in the care homes older adults are using their life savings to pay for. Between 13 March and 8 May 2020, 39,404 people died in care homes in England and Wales – more than twice the average mortality rate for that period, according to the Office for National Statistics.

At the same time, loneliness which was already a huge problem for older people before the pandemic is only worsening in lockdown. Sources of community support that were once lifelines for the elderly have largely been scrapped to limit face-to-face contact and infection risk.

But the health tech industry is working hard to ensure older adults are not forgotten during this challenging time. A focus on remote monitoring is likely to be important in the aftermath of the crisis. On 12 May, the UK Government published a Covid-19 recovery roadmap, which suggested: “using more telemedicine and remote monitoring to give patients hospital-level care from the comfort and safety of their own homes.” The NHS has also recently announced it is supporting care homes to deliver medical appointments via video conference to protect healthcare workers and residents. 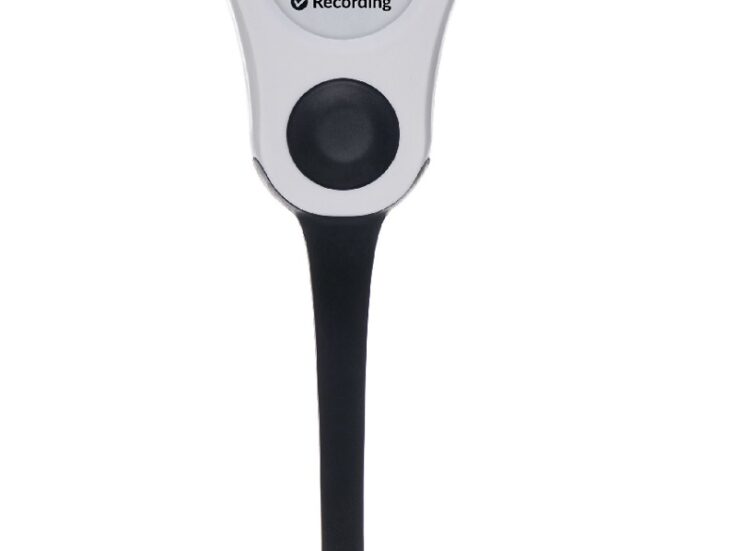 In April, the Aging Life Care Association in the US announced a new programme to combat social isolation for older adults during the Covid-19 crisis. It has partnered with machine-learning health tech start-up MyndYou, which has developed a remote calling and voice-analytics platform that can identify when older people are in need of more support.

“We soon realised that brain activity is a major basis for detecting and understanding changes and healthcare needs in a population,” reveals Ruth Poliakine Baruchi, CEO and co-founder of MyndYou.

She calls this analysis of speech and day-to-day activity patterns ‘cognitive complexity’. By detecting the really subtle changes in senior citizens’ behaviour that might be missed by carers, cognitive decline associated with conditions such as dementia can be identified as early as possible.

Baruchi started the company four years ago in Tel Aviv, Israel, with the goal of maintaining independence and improving quality of life in senior adults. Most people want to stay in their own homes for as long as possible, rather than going into a care home. MyndYou was designed to extend that window and also reduce healthcare costs. Baruchi could never have foreseen a pandemic, but she cannot deny how important remote monitoring technology appears to be at the moment. “Now more than ever, remote and personalised care management is key to ensuring the health and safety of older adults in the community,” she says.

The healthtech market for seniors has been bursting with remote-monitoring tools for a while. Many companies provide voice and activity remote monitors which alert carers to anomalies and potential accidents. What’s sometimes forgotten though is that some older adults don’t feel particularly comfortable with smart technology. Not all of them want (or have the means) to download the apps that promise to protect them. This was something Baruchi and the team were concerned about. Their platform needed to work for technophobes too.

If the senior has a smartphone, they can download the MyndYou For You app. This uses sensors from the phone to passively monitor and analyse patterns in daily activities such as movement, driving and speech from phone calls. Changes over time or anomalies in the usual activity pattern could indicate a physical or cognitive problem and the app will alert the care manager if this might be the case.

Talk to the robot

If the person doesn’t have a smartphone, that’s not a problem. MyndYou’s main feature is a voicebot called MyEleanor – named after occupational therapy pioneer Eleanor Clarke Slagle. It can call an individual on their mobile or landline to ask open-ended questions (such as what they’ve been up to during the day) to assess risk and manage symptoms. It will then analyse voice changes in the older person using its machine-learning platform. Carers will be alerted to any potentially worrying changes and are able to see all the details of the automatic calls and the transcriptions of the conversations.

During the pandemic, MyEleanor has been used for Covid-19 screening. The voicebot asks the person about symptoms such as shortness of breath or a continuous cough and will follow up each day to see if their symptoms have worsened. A human care manager could then call the individual and get them to seek medical help if necessary.

Even though the individual is well-aware MyEleanor is not a real person, Baruchi says many older people really look forward to the call. More than 40% of American seniors regularly experience loneliness, according the University of California, San Francisco (UCSF). Many live alone and can go days without speaking to or hearing from someone. “It’s surprisingly amazing,” she reveals. “We questioned whether people would engage with the voicebot. But we’re seeing very, very impressive results where people say they’re content with Eleanor from the first call.”

The platform isn’t designed to replace human interaction though. Baruchi sees features like MyEleanor as ore of an adjunct to the care provided by professionals. She hopes remote, non-intrusive AI tools will be seen as legitimate solutions to isolation and later life care in future. “Our vision is to position cognitive complexity as a health measure,” she says. “It will allow people to continue their lives independently and get the relevant care that they need at the right time.”