More than 20 companies in Europe developing liquid biopsy tests may benefit from the recent European Commission decision to prohibit Illumina’s acquisition of Grail in the EU. The GlobalData MIC Pipeline Products database highlights companies such as Angle, Elypta, Inivata, and Hummingbird Diagnostics that are leading multiple clinical trials in Europe for blood-based early cancer detection tests. Illumina’s quest for Grail came to a standstill following a landmark decision by the European Commission, under EU Merger Regulation (EUMR), to block the deal due to concerns over Illumina gaining a stranglehold on the liquid biopsy market.

In a September 6 announcement, the European Commission stated that the $8 billion deal would stifle innovation and reduce choice in the emerging market for liquid biopsy tests. Despite Illumina offering remedies to address the concerns, the Commission ruled that the acquisition could foreclose Grail’s rivals who are dependent on Illumina’s sequencing technology from developing and marketing their own cancer detection tests.

“Illumina is currently the only credible supplier of a technology allowing to develop and process these tests. With this transaction, Illumina would have an incentive to cut off Grail’s rivals from accessing its technology, or otherwise disadvantage them,” announced EU Competition Commissioner Margrethe Vestager. “It is vital to preserve competition between early cancer detection test developers at this critical stage of development. As Illumina did not put forward remedies that would have solved our concerns, we prohibited the merger.”

Vestager claimed that Grail’s rivals may develop new tests that are potentially cheaper so the blocking of the acquisition ensures that these tests can reach the market to benefit patients. Competition across the liquid biopsy space is fierce, with several companies contending to bring early cancer detection tests to the market. According to the GlobalData MIC Pipeline Products database, there are around 100 companies in the world actively developing liquid biopsy tests, with the majority in the US. The revenue potential is extremely high, with analysts forecasting the market may exceed €40 billion ($) per year by 2035.

Grail’s Galleri test has been particularly hyped as it can detect up to 50 different types of cancer in a single test. The company has already signed multiple partnership announcements with the likes of Quest Diagnostics, Amgen, AstraZeneca, and Bristol Myers Squibb to advance further studies. While it is currently available as a lab-developed test in the US, Grail is expecting to see a submission for FDA approval by 2023 following completion of its PATHFINDER clinical trial.

“The fear in Europe around this deal might be because Illumina may build a monopolistic position across a broad swath of diseases, such is the power of NGS [next-generation sequencing], thus increasing prices, and not necessarily conducive to developing the ‘best’ possible test because of lack of competition,” says Andrew Thompson, Director of Therapy Research and Analysis, Medical Devices at GlobalData. “The new European Medical Device Regulation, in its preamble, states that the intention of the regulation is to provide EU citizens with access to the most effective, safest medical devices, through a process that increases the need for clinical evidence. A monopoly might conflict with that aim.”

According to Dr. Christophe Carugati, a competition law researcher at European think tank Bruegel, the Commission’s decision was surprising for several reasons which industry should pay attention to. “The case showed a few things, the first one is that the Commission will be able to use this referral system, Article 22, to accept referral requests from a Member State National Competition Authority (NCA) to review transactions over which the NCA does not have jurisdiction under national law. Secondly, the Commission showed it is willing to block mergers that are vertical and also deals that they think may have an impact on innovation, which is very rare. It is complicated to assess the impact of a deal on innovation, so this is the first time that the Commission has blocked a deal because they want to protect innovation in a market.”

The EU prohibition decision arrived less than a week after Illumina won a lawsuit brought by the US Federal Trade Commission (FTC) to prevent the deal. Although the FTC is appealing the decision, for now the companies will be subject to conflicting rulings.

“There are two schools of thought regarding competition in this case,” explains Stijn Huijts, competition law expert at Geradin Partners and former legal director at the UK’s Competition and Markets Authority (CMA). “One is that these tests need to come to the market as quickly as possible and by doing this deal that will be achieved. Whereas the authorities are saying, if Illumina owns Grail, then it no longer has an incentive to make this technology available to other early testing suppliers. If you subscribe to that second view then blocking this deal will be positive, because you would assume that lllumina will continue to supply its technology to other early testing suppliers and competition in that space is preserved.”

One thing yet to emerge is whether Illumina will face a fine for completing the deal, without waiting for the European Commission to come up with a decision. Illumina initially completed the acquisition in August 2021, causing the Commission to open an investigation against Illumina for breaching its “standstill obligation”. If it is found that Illumina and Grail implemented the transaction in breach of the EUMR, they could each be subject to a fine of up to 10% of their annual worldwide revenues.

Despite the buzz around liquid biopsy tests, their clinical arrival has been slow and the price point around the tests is up for debate. Exact Sciences has been able to convince healthcare providers that the utility of its Cologuard test is worth $500 but Grail is aiming to make its liquid biopsy test available for approximately $995. The Guardant360 test is also expected to cost an eye watering $6,800. For the tests to make any lasting impact, healthcare providers and payers will need to see the benefit of these new tests backed up by strong clinical evidence before finalizing reimbursement limits.

Several companies are also taking on the colorectal cancer (CRC) space. Guardant Health is developing precision oncology tests, including the LUNAR-2 liquid biopsy for early CRC detection in average risk individuals. Considerable investment has gone towards other liquid biopsy technologies, including nearly $600 million from Roche in two rounds of funding to Freenome which is being used to finance the PREEMPT CRC study, the world’s largest prospective study for non-invasive CRC screening with over 30,000 patients. A prior study from Freenome, AI-EMERGE, detected early-stage CRC with 94% sensitivity and 94% specificity. A new generation of liquid biopsy technology is also being applied as companion diagnostics for oncology therapies.

So, for now, liquid biopsy innovators can breathe a sigh of relief following the European Commission’s decision. “Of the pipeline products being tracked, 102 are in clinicals, for Europe or Global. So, this decision might not have much of an effect on the future availability of liquid biopsy tests, but it will drive the sequencer manufacturers more towards partnerships, rather like what is observed with companion diagnostics, where a diagnostic company might collaborate with more than one drug company,” says Thompson.

And although Illumina stated it will appeal the European Commission decision, it seems unlikely it can remedy the case in the EU. “We now have a prohibition decision, so the only possibility of reversal is if they convinced the courts that the Commission was wrong in rejecting the remedies that were put forward,” concludes Huijts. “If that were to happen, then the case can be reopened by the European Commission, and they could accept remedies that had been offered before. But it would be quite unusual for that to happen.” 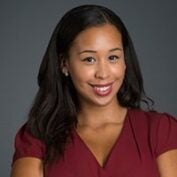 @MedtechCate @LinkedIn
Catherine Longworth is the Editor for Medical Device Network, covering developments across the medical technology and health tech industry. An experienced writer, Catherine has covered the industry since 2016 and has a background in biomedical science and journalism. Her previous experience includes reporting for Medtech Insight (Citeline, formerly Informa Pharma Intelligence) and Bioworld (Clarivate).
SUBSCRIBED