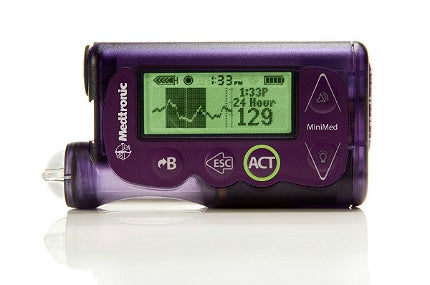 Medtronic has obtained US Food and Drug Administration (FDA) approval for its first generation artificial pancreas system, the MiniMed 530G with Enlite, with Threshold Suspend automation for diabetic patients.

It is reportedly the first system in the US capable of automatically halting insulin delivery when sensor glucose values fall below a predetermined threshold and when the patient fails to respond to the Threshold suspend alarm.

The MiniMed 530G system features the new Enlite sensor, Medtronic’s most accurate and comfortable continuous glucose sensor, with a 31% improvement in overall accuracy compared with the previous versions.

US medical equipment manufacturer Stryker has signed a definitive agreement to acquire Mako Surgical, developer of robotic solution and implants for minimally invasive orthopaedic procedures, for $30 per share with an aggregate purchase price of approximately $1.65bn.

Israel-based medical devices developer Given Imaging has received clearance from the Pharmaceuticals and Medical Devices Agency (PMDA) of Japan for its third-generation video capsule PillCam SB3 to detect and monitor small bowel illnesses, such as Crohn’s disease.

The PillCam SB3 capsule is at the core of a minimally invasive procedure to visualise and monitor small bowel abnormalities associated with Crohn’s disease, iron deficiency anemia (IDA) and obscure GI bleeding (OGIB).

Weighing fewer than 4g, the 11mm by 26mm video capsule features an imaging device and a light source that can transmit anywhere between two and six images in a second.

The Lotus transcatheter aortic valve replacement device with the company’s Adaptive seal is designed to minimise aortic regurgitation and is both fully repositionable and retrievable before release.

The data demonstrated excellent results with no new valve-related adverse events between 30 days and six months.

The Diego Elite Multidebrider surgical tool can be used in polypectomy, tonsillectomy, adenoidectomy and a number of laryngeal surgeries, among other procedures.

It is reportedly the only ENT system that offers monopolar and bipolar energy blades for hemostasis, as well as traditional standard shaver blades, reducing the need for other instruments.

Companion diagnostics are assays or tests that are intended to assist physicians in making treatment decisions for their patients based on the best response to therapy.

Under the agreement, Ventana will provide access to its immunohistochemistry technology platform, experience and expertise in developing companion diagnostics and premarket approval (PMA) submissions to Boehringer Ingelheim.

The new anterior cervical plate system, which consists of one and two level plates and 4.5mm fixed and variable screws, is designed to accommodate a visual locking confirmation with a secure locking mechanism, and provides an ergonomic colour-coded instrument set.

The main objective of the Global SYMPLICITY Registry is to confirm procedural safety with the Symplicity system.

There were no major complications or serious adverse events related to delivery of radio frequency (RF) energy to the renal artery other than one procedural dissection (0.09%) and one re-intervention at six months (0.09%) in 1,158 patients analysed in the registry with available follow-up information.