DePuy Synthes was the world’s first commercial orthopaedic company. It is now one of the world’s largest orthopaedic and neurological business and operates under the umbrella of US pharma giant Johnson & Johnson (J&J).

Founded around an innovation to develop fibre splits to improve the way that fractures are set, the company diversified and transitioned into making other orthopaedic devices, including knee and hip implants, as well as bone plates and soft devices such as glove liners.

With DePuy Synthes reaching the milestone of 125 years of operation in 2020, we look back at the fascinating history of this orthopaedic giant.

After working as a travelling salesman and settling in Warsaw, Indiana, Revra DePuy decided to invent an alternative to the improvised wooden barrel splints that were used to set bone fractures. 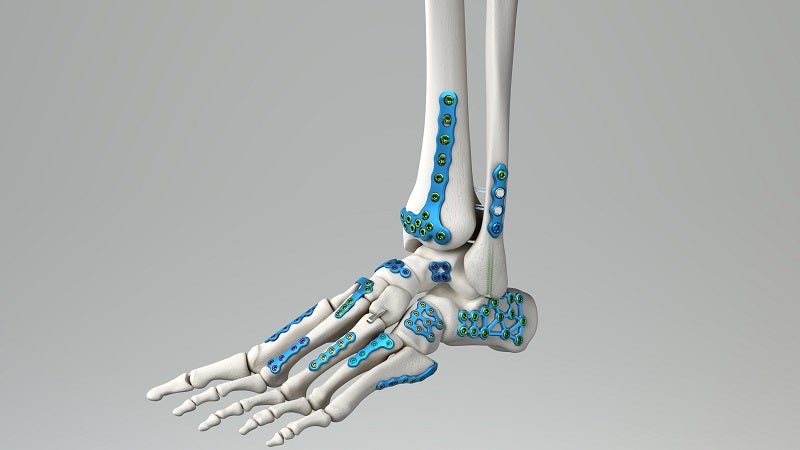 Medline unveils plating and implant solutions in US 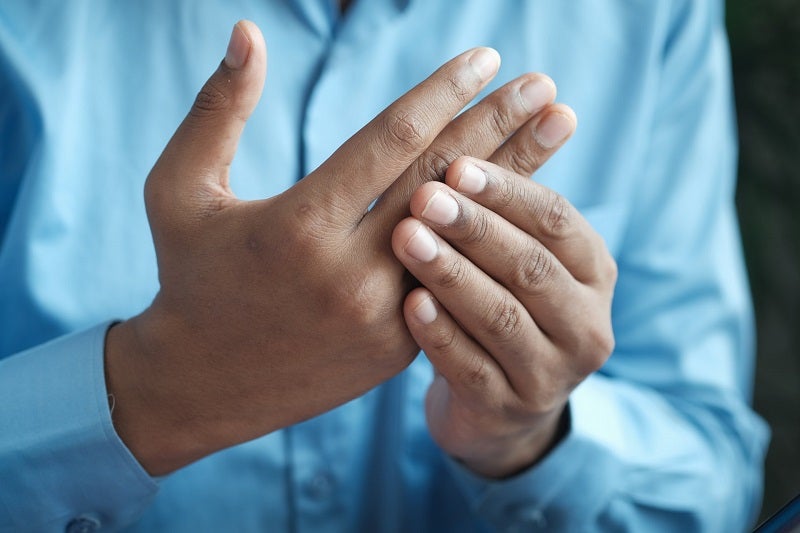 Fractures were common in the local farming communities, but the barrel splints used to set them often caused more harm than good as the splinters would get lodged under the patient’s skin, causing infection.

DePuy’s solution was a fibre splint that could be customised to patients. He founded DePuy Manufacturing to sell these revolutionary devices, starting off by moulding the splints on his own limbs.

DePuy’s decision to base his company in Warsaw, Indiana is central to why the city is now hailed as the orthopaedics capital of the world. DePuy Synthes’ joint reconstruction business is still based in Warsaw.

For the first five years, DePuy Manufacturing operated out of the Hayes Hotel in Warsaw, Indiana. DePuy did all the manufacturing himself and employed a couple of salesmen to sell his products regionally.

In the early 1990s, DePuy built a factory in Warsaw where splints and the company’s growing product range, which now included slings, neck collars and braces, were manufactured. Over the next 15 years, DePuy grew out his team; by 1919, he had 16 employees in total, including Justin Zimmer.

In 1921, DePuy tragically died of heart disease at the age of 61. As a result, his wife, Winifred Stoner, took over the reins at the company. In 1924, she re-married and her new husband Herschel Leiter, who had been a DePuy Manufacturing salesman, became the president of the company.

However, in 1926, Zimmer –now the national sales manager of DePuy Manufacturing – approached Stoner and Leiter with an offer to buy the company.

They refused and so Zimmer decided to launch a rival orthopaedics company (now known as Zimmer Holdings), which is also based in Indiana and remains a major rival to DePuy Synthes.

Although DePuy Manufacturing’s product lines had expanded significantly to include screws, bone plates and new splints by the 1950s, it had attracted little capital investment and was trailing behind the industry leader, Zimmer Holdings.

The 1960s saw lots of change for DePuy Manufacturing as subsequent executives tried to resolve the company’s financial problems.

In 1965, it was sold to investors Brown Brothers Harriman & Co of New York and was run by Keaton Landis. Landis focused on new product development, as well as expanding its sales force.

In 1974, Bio-Dynamics decided to sell DePuy Manufacturing to Boehringer Mannheim, which was owned by Corange. At the same time, DePuy Manufacturing’s rival Zimmer Holdings was acquired by Bristol-Myers, an early iteration of US big pharma Bristol Myers Squibb.

DePuy Manufacturing moved to work with the orthopaedic specialist Dr Charles Engh to develop an artificial hip that, for the first time, relied on attaching the hip prostheses with human tissue rather than artificial cements.

The company’s artificial joints business continued to go from strength to strength in the 1970s and 1980s. This was supported by deals, as well as the continued development of innovative devices, including the world’s first mobile, rather than fixed, artificial knee that could more accurately replicate a healthy human knee.

As a result, the company’s revenues reached $95m in 1985. This was the same year that ex-J&J orthopaedics president James Lent took over the reins of DePuy Manufacturing. He drove further expansion in its joint replacement business, as well as signing a partnership with DuPont in 1989 that brought environmental protection devices, including glove liners for healthcare workers, into DePuy Manufacturing’s portfolio.

Another ex-J&J orthopaedics division executive, Mike McCaffrey, joined DePuy Manufacturing’s management team. McCaffrey and Lent continued to diversify the company’s offerings, primarily through acquisitions and joint ventures that allowed DePuy Manufacturing to look outside of the US market.

This was supported by its owner, Boehringer Mannheim, acquiring UK-based Thackray in 1990; Thackray had distribution and sales staff operating in 100 countries worldwide.

In the mid-1990s, DePuy Manufacturing decided to move into a new, emerging part of the orthopaedics market: spinal implants. It did this by entering a partnership with German Biedermann Motech.

DePuy Manufacturing also got involved in the trauma products market with the support of Boehringer Mannheim buying ACE Medical, a leader in this field, in 1994 and placing its management under DePuy Manufacturing’s control.

As DePuy Manufacturing’s expansion continued, Boehringer Mannheim’s owner Corange was bought pharma giant Roche in 1997 because of its interest in its diagnostics’ business. This led to rumblings about DePuy AcroMed being sold off.

A few years later, DePuy sold off its soft goods arm and decided to focus on implants, as well as spinal and trauma products.

In 2005, DePuy brought its artificial surface replacement (ASR) hip acetabular system to market. It was a revolutionary product that sought to make hip replacements more long-lasting.

However, as early as 2006, the US Food and Drug Administration (FDA) received complaints about the ASR device. Over the next few years, other global healthcare regulators also report failures of the ASR system.

After a similar situation emerged with another of DePuy’s ASR hip implants, the company moved to recall all of those products from the Australian market in 2009 and then the rest of the world in 2010. DePuy stated it would cover “reasonable and customary costs of monitoring and treatment for services, including revision surgeries, associated with the recall of ASR”.

It is believed the issue with the devices was linked to its metal-on-metal design, which caused tiny metal particles to be released into the surrounding tissues – eventually leading to metal poisoning.

However, the failures of the device led to a huge number of lawsuits and class action suits across the world.

At the same time, DePuy and J&J were also grappling with lawsuits surrounding failures of its Pinnacle hip implants, which were first FDA approved in 2000 and had a similar metal-on-metal design to the ASR products.

The legal battles between DePuy and patients have been rocky; some have led to multi-million-dollar settlements, while DePuy has prevailed in a few cases, as reported by Drug Watch.

In 2012, J&J acquired Synthes for $19.7bn. Founded in 1960, Synthes is a medical device company based in Switzerland and Pennsylvania, the US, and focused on the largest maker of implants to mend bone fractures, for $20.2bn.

Synthes and its subsidiary Norian had previously plead guilty in 2009 to illegally selling a bone void filler for unapproved uses and failing to properly report deaths and adverse events related to the product.

As a result of the deal, Synthes was integrated into the DePuy franchise. The company was renamed DePuy Synthes and it became the world’s largest orthopaedic company.

Over the next decade, DePuy Synthes continued to update and fine-tune its ATTUNE knee product, particularly in the context of reported failures of the devices and subsequent lawsuits. Despite this, DePuy Synthes announced in 2020, the same year it celebrated its 125th birthday, that one million patients worldwide had received an Attune knee implant.

In January 2021, DePuy Synthes announced it had received FDA clearance to use its VELYS robotic-assisted surgery product alongside its ATTUNE total knee system.

“Coupled with the ATTUNE Total Knee, the VELYS Robotic-Assisted Solution is highly differentiated and can help improve clinical outcomes and increase patient satisfaction, providing a more attractive clinical solution to current options on the market.”