Obsessive compulsive disorder (OCD) is a common but often misunderstood anxiety disorder. The condition is characterised by repeated unwanted thoughts or sensations, known as obsessions, accompanied by urges to repeat an action over and over to alleviate the thought, known as compulsions. Some people with ‘Pure O’ OCD only experience the obsessions, without the compulsions alongside them.

While all people exhibit habitual behaviour and experience intrusive thoughts, the actions associated with OCD are beyond control of the person experiencing them and can cause distress and interfere with their quality of life.

Most cases of OCD fall into one of four general categories: contamination, a fear of dirt and germs often accompanied by compulsive cleaning behaviours; checking, where a person will repeatedly check things like doors being locked or ovens and light switches being switched off; symmetry and ordering, a compulsive need to have things arranged in a certain way; and ruminations and intrusive thoughts, where a person will obsess over a certain line of thought that can sometimes be violent or disturbing.

“The thoughts are intrusive, they’re constant and that fear is transformed into actions where they might do a particular behaviour, like counting, to try and negate that feeling,” says London Anxiety Clinic owner and senior consultant Mike Ward. “Patients want to be able to learn to adapt and reduce that level of obsession and compulsion.” 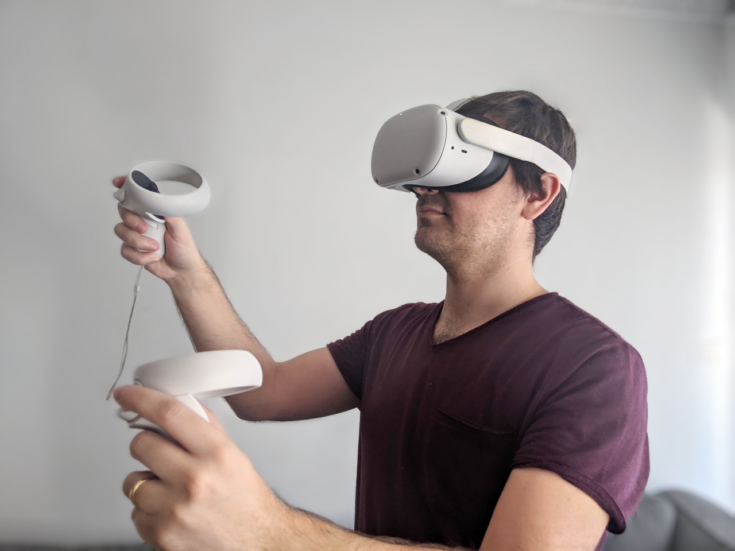 From Marvel to medical: the entertainment techies moving to medtech 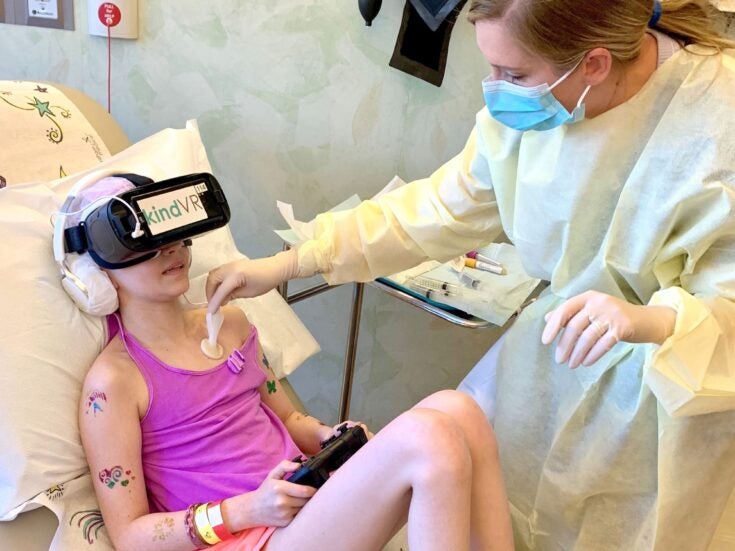 Ward, and other therapists like him, have been using virtual reality (VR) therapy to help patients with OCD for several years now. The condition is known to respond well to exposure response prevention (ERP) therapy and cognitive behavioural therapy (CBT), making it an ideal candidate for this kind of treatment.

ERP is a form of cognitive behavioural therapy (CBT) that encourages patients to engage with their obsessive thoughts without carrying out their associated compulsions. The treatment will start with placing the patient in situations which cause a tolerable level of anxiety and gradually build up to settings they find more difficult, helping them to relieve their distress and prevent their compulsive responses.

A person who experiences contamination OCD, for example, may find themselves unable to use a public bathroom – or unable to do so without carrying out compulsive behaviours, such as washing and drying their hands a set number of times – due to their obsessions about germs and dirt. ERP would see them gradually exposed to this triggering setting, starting with lower exposures until they are able to tolerate it without carrying out compulsions.

ERP is one of the most effective treatments for OCD and is an area where VR therapy can prove especially useful. Wearing a VR headset, patients can enter simulated situations that trigger their OCD symptoms in a safe and controlled environment.

VR therapy can be used in a number of ways to help people with OCD. A patient may choose to have a few sessions of VR therapy as part of a traditional course of ERP to help them prepare to face their triggers in a real-life setting. Their therapy may also be entirely VR-based, for example if their OCD involves a fear of flying and the cost of getting a flight is prohibitive. Far from being a poor relation to carrying out in-person exposure, Ward says the VR treatment can still have a significant impact on patients.

“Clients are pleasantly surprised, they don’t realise that the VR is so real,” he says. “That’s the experience we want with the VR, it creates a sort of meta state where we’re able to think about our thinking and observe how the body is responding to a stimulus.”

VR therapy company Psious’s head of health and science Iris Stracke says VR therapy comes with several distinct advantages compared to real-world ERP, which can help therapists have a better understanding of the progress their patients are making.

“It is said that the gold standard for OCD is exposure therapy and this is one of the areas where VR is especially useful for several reasons,” says Stracke. “One of them is that it allows for standardisation and control, because with OCD and its specific triggers it’s very helpful in therapeutic settings for the therapist to know how many triggers there are and when and where they will occur. It’s also useful to track the therapeutic progress, because you have very clear standardised benchmarks.

“Another advantage of using VR over normal exposure therapy for OCD is that you can repeat exposure as many times as you want in the exact same setting. You also have complete control over the parameters between sessions; there are no surprising variables and you can personalise it to the specific patient.”

VR therapy for OCD could have a promising future

The VR healthcare market is expected to be worth $30.4bn by 2026 according to Fortune Business Insights, having been valued at just $1.56bn in 2018, with the therapy aspect having a significant part to play in this explosive growth. University of Oxford spinout Oxford VR is using the technology to help patients overcome anxious social avoidance and a free, VR-enhanced treatment plan has been launched by the UK NHS to help patients with needle phobias prepare for their Covid-19 vaccination.

The efficacy of VR therapy for OCD hasn’t been studied extensively. Psious is reportedly setting up a multicentre study with Oxford Medical School, Brown Medical School and King’s College London to study the effects of its platform on patients, which features numerous scenarios for different mental health conditions that are specific to or repurposable for OCD.

Psious founder & CEO Xavier Palomer says: “OCD is one of the disorders that has been growing due to Covid-19. The fact that you need to wear masks, wash your hands, social distancing, that’s a really good mix of ingredients to boost the number of people suffering from OCD.

“Even before Covid-19, the mental health sector was really struggling to deliver all the services needed. We need tools to help this growing number of patients and I truly believe that technology is a very good candidate to help this growing demand. VR is one of the key players in this space.”