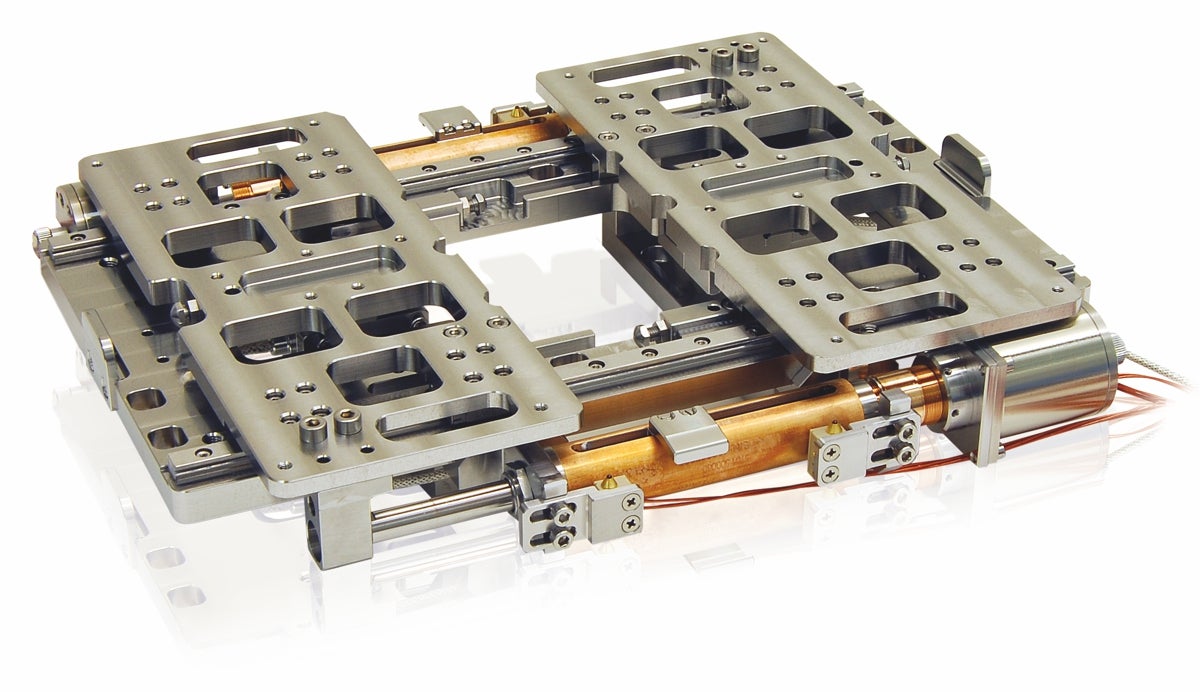 A linear stage from PI miCos enables scientists to study phenomena in molecular physics in the femtosecond range. Requirements are quite demanding here, components for an experiment setupwith intensive X-ray laser pulses have to be tuned accordingly.

A new experiment is currently being setup at the Atomic, Molecular & Optical Science Beamline (AMO) of the Linac Coherent Light Source (LCLS), part of the SLAC (Stanford Linear Accelerator Center); its purpose is to give insight into the interaction ofFEL synchrotron radiationwith atoms, molecules and clusters.

The LCLS is a free-electron laser source (FEL) and produces synchrotron radiation of extremely high brilliance. It emits a radiation of 0.15 nm wavelength with pulses in the femtosecond range. With its radiation, a wide range of new experiments can be effected, e.g. in nonlinear X-ray physics and for single-shot imaging of nanometer structures. Using this technology, scientists can, for example, trace the movement and position of atoms within one complex molecule.

Reactions that are triggered by laser radiation in the sample are examined using electron and ion spectroscopies or X-ray diffraction.

LCLS senior staff scientist Christoph Bostedt said: "For simultaneously recording scattered X-ray photons on the one hand, and ions and electrons from the interaction of the intense X-ray pulses with the sample on the other hand, a pnCCD camera, which is a highly sensitive X-ray camera, has to be positioned very precisely and with highest repeatability."

The camera records an entire spectrum on one pixel at very high frame rates of 1,000 images per second. Due to the parallel architecture of the detector, the main laser beam can pass between the detector parts without damaging them.

For positioning the two detectors, PI miCos developed a compact linear stage that features a guiding and two separate moving plates. The detectors are able to move independently over a travel range of 50mm. They touch each other in the 0 closed" position; the maximum distance between the detectors is 100mm. The motion of the platforms is controlled by an absolute measuring linear encoder with 50nm resolution.

When positioning both detectors accordingly, the scattered X-ray beams can be recorded at a wide angle range and can be evaluated spatially and spectrally.

The linear stage is designed for ultrahigh vacuum to 10hPa-9hPa and is made of stainless steel.