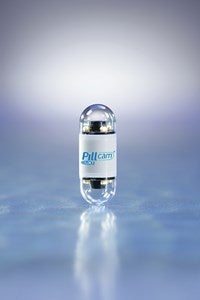 The 11mm X 31mm PillCam COLON video capsule features two miniature colour video cameras on both sides, a battery and an LED light source. Once ingested, it can transmit up to 35 frames per second for approximately ten hours to a recording device worn by the patient.

Given Imaging president and CEO Homi Shamir said that the clearance of PillCam COLON in Japan could expand its potential customer base in the country from approximately 1,000 to 10,000 and help in improving screening guidelines for more than one million potential patients.

Under the Japanese screening guidelines, every individual aged above 40 has to undergo a fecal occult blood test (FOBT). However, only around 25% is actually tested at present.

Once blood is identified in a patient’s faeces, a strong indication of colon cancer or other similar diseases, only 54.7% of patients willingly undergoes a colonoscopy to confirm the diagnosis.

The company claimed that because of the PillCam COLON capsule’s ease-of-use and minimally invasive profile, it is likely to appeal to patients who are unwilling have a colonoscopy.

"PillCam COLON is a less invasive medical device, which would be able to drive higher compliance."

Japanese Association for Capsule Endoscopy (JACE) president Dr Akira Terano said that colorectal cancer is now the leading cause of cancer death in women in the country and the incidence rate for colorectal cancer in men and women is expected to be at the top of the list in the population by 2020.

"PillCam COLON is a less invasive medical device, which would be able to drive higher compliance," Terano said.

However, the company has warned that patients taking the video capsule should avoid any source of electromagnetic field until the device has been excreted.

The video capsule is commercially available throughout Europe, Latin America, Canada, and parts of Asia; it received CE Mark in September 2009.

Clearance from the US Food and Drug Administration (FDA) is still pending for the device.