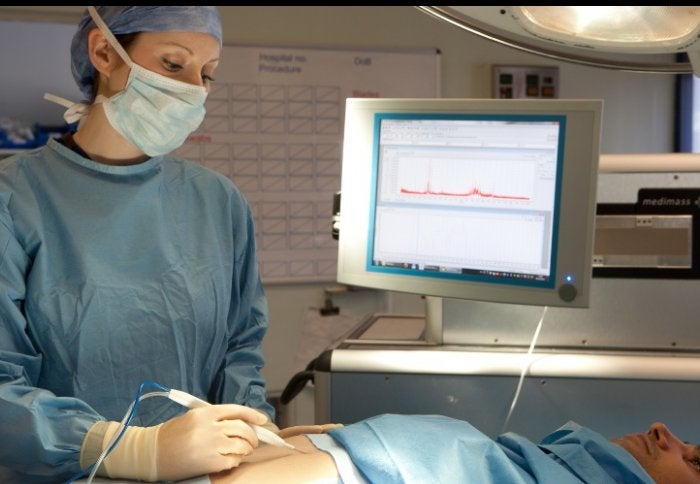 During this process, the tissue is vapourised, which produces smoke that is absorbed by extraction systems.

He created the iKnife by connecting an electrosurgical knife with a mass spectrometer, an instrument that identifies chemicals in a sample.

Several cells produce different chemicals in different concentrations and this biological sample could contain information about what type of tissue it is.

The researchers initially used the intelligent knife to study samples of tissues collected from 302 surgery patients and noted the features of both cancerous and non-cancerous tissues to develop a library for reference.

"It provides a result almost instantly, allowing surgeons to carry out procedures with a level of accuracy that hasn’t been possible before."

The iKnife was later used in the operating theatre and in all 91 tests, the tissue type identified by the device exactly matched with the diagnosis doen in post-operation using conventional methods and in around three seconds.

Dr Takats noted that these results provide compelling evidence that the iKnife can be applied in a wide range of cancer surgery procedures.

"It provides a result almost instantly, allowing surgeons to carry out procedures with a level of accuracy that hasn’t been possible before," said Takats.

"We believe it has the potential to reduce tumour recurrence rates and enable more patients to survive."

The study was funded by the National Institute for Health Research (NIHR) Imperial Biomedical Research Centre, the European Research Council and the Hungarian National Office for Research and Technology.

The inventor now aims to test the device in a study involving around 1,500 various types of cancer patients and this process may last for two to three years, with the device then submitted for approval of the regulatory authorities.

Image: During surgeries, removal of cancerous tumours is tricky as doctors find it difficult to identify where the healthy tissues begin and the cancerous tissues end. Photo: courtesy of Imperial College of London.

13 Jan 2021
Registration is disabled.
We use cookies to ensure that we give you the best experience on our website. If you continue to use this site we will assume that you are happy with it.ContinueLearn more