British Red Cross CIO Rosie Slater-Carr believes senior technology leaders need to collaborate with executive peers and over-communicate with their team and colleagues in response to restrictions brought about by the Covid-19 pandemic.

Slater-Carr, chief information officer (CIO) at the humanitarian charity since April 2015, was speaking about digital transformation, leadership, sustainability, managing remote teams and innovation to an audience of technology executives at NS Tech and CBR‘s Virtual CIO Symposium, an event format that is being continued as a regular CIO Town Hall Live gathering.

While technology responses and CIOs across sectors have been largely praised for ensuring business continuity in response to the coronavirus crisis, Slater-Carr said that management and leadership best practice had changed during lockdown. 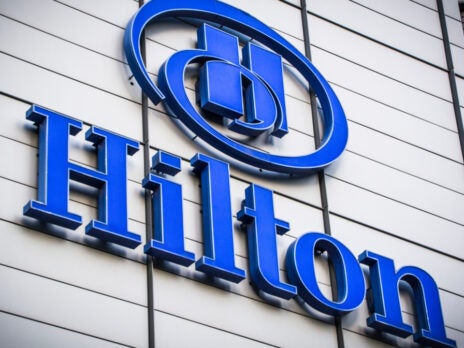 CIOs and other leaders need to communicate priorities, projects and strategies “until people are probably bored” to make sure initiatives stay on track.

“You have to talk to your teams, even more than you than you did before,” she said. “You have to be really crisp about priorities; it is really easy for people to go off in different directions if you don’t have those check-ins that you would normally have as you walk into an office.

“You have to communicate so people understand what the priorities are, and then you do it some more – and then you keep doing it until you think people are probably bored of it, but at least they have got those regular check-ins that it allows you to make sure that it is done in the right way.”

Slater-Carr, part of the British Red Cross executive leadership, said that the relationship between the CIO and the executive leading the HR function was a particularly important axis. This would help the organisation scale up its digital transformation ambitions and provide better services, whether supporting refugees or a programme the British Red Cross had to recruit volunteers to provide a psychosocial support line.

“I am working really closely with those other CIOs; with the chief people officer because in terms of digital skills and data skills we need to make sure that people are comfortable and understand.

“And I think we need to upskill people pretty quickly.

“I think now is the time to just say, ‘this is absolutely critical’. And that is not something that we would be able to do without colleagues in the HR function.”

“We had been encouraging them to do so for a while and I don’t think we will go backwards from that,” she said. “Marketing colleagues and fundraising colleagues are getting that this time it is the way to work and that is really exciting.”

The CIO advocated the opportunities provided by internet of things to help independent living, automated translation and videoconferencing as ‘Tech for Good’, which could have a significant positive impact on some of the most vulnerable in society.

Alongside her responsibilities as CIO, Slater-Carr is the sustainability lead for the British Red Cross. She described how the charity had only recently completed its ten-year strategy up to 2030 when Covid-19 prompted organisations to mandate remote working.

“One of the commitments we made was to be carbon zero, hopefully by 2025, and in this first year our intention was really to explore ideas to make sure we have got the data we need.”

She said that the British Red Cross had planned an exploration phase, gathering data and making a plan of how it would reach its goals. The initial focus would be on travel, the footprint of the institution’s buildings, and on single-use plastics.

While the strategy itself had not changed, Slater-Carr said that the trajectory probably had.

“I think one of the exciting things is that we can have quite a different conversation about buildings; how many buildings we need, where we need them and what that could look like,” she said.

“I think we were probably about to have that conversation, but it is made significantly easier by people really thinking about how they can work differently and therefore what building footprint we need to have.”