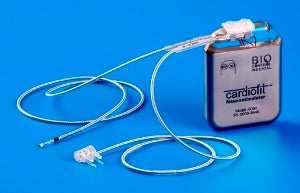 The FDA’s consent follows a safety review of the earlier phases of INOVATE-HF, a global, multi-centre clinical study under investigational device exemption (IDE) in the US.

Under the unconditional study expansion approval, the third and largest phase will enrol up to 650 patients at 80 centres worldwide.

CardioFit, which obtained CE mark approval in December 2008, is an implantable electrical stimulation device that is claimed to improve heart function in patients with congestive heart failure (HF) by activating the parasympathetic nervous system directly to reduce stress on the heart.

The device comprises a stimulator, a sensor lead and a stimulation lead, and can be programmed on and off through external wireless communication like a pacemaker.

Upon activation, the electric pulses get transferred from the stimulator to the vagus nerve through the lead, while the sensor lead turns stimulation on or off in accordance with the changes occurring in the heart.

The randomised, controlled clinical study, which began in April 2011, aims to demonstrate the safety of CardioFit and its potential to minimise hospitalisation and death rate for heart failure patients, while evaluating the effectiveness of the device in combination with prescription drug therapy.

INOVATE-HF principal investigator at Massachusetts General Hospital in Boston Dr Kimberly Parks said; "I believe INOVATE-HF is a very important clinical trial that, in addition to advancing the science behind heart failure, may ultimately lead to a breakthrough new treatment modality for patients."

The findings of the study are expected to support the company’s premarket approval application (PMA) to FDA for market clearance of CardioFit in the US.