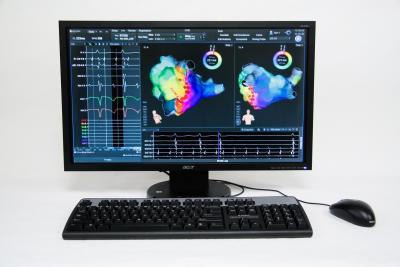 Boston Scientific has secured 510(k) approval from US Food and Drug Administration (FDA) to market Rhythmia Mapping System, a 3D mapping and navigation solution that can be used in cardiac catheter ablations and other electrophysiology (EP) procedures.

In order to diagnose and treat arrhythmias, cardiac mapping is the standard tool; however, such mapping systems need intensive labour to create maps, which may compromise accuracy and speed.

In addition, most of the available systems show limited indication of therapy success.

The Rhythmia Mapping System has been designed to address these issues and intelligently automates map creation, increases the speed and boosts the density of mapping.

Featuring vMap, a validation map, the system enables electrophysiologists to quickly confirm the endpoints of the ablation treatment.

"Extending the reach of the Rhythmia Mapping System to electrophysiologists in the US marks another significant milestone in our journey to redefine cardiac arrhythmia ablation management."

"Extending the reach of the Rhythmia Mapping System to electrophysiologists in the US marks another significant milestone in our journey to redefine cardiac arrhythmia ablation management," Sommerness said.

Rhythmia Mapping System, which received CE Mark in May 2013, is being offered along with the company’s 64-electrode IntellaMap Orion High Resolution Mapping Catheter, which has secured 510(k) approval.

Design and Development Services for the Medical Device Industry

21 Jan 2021
Registration is disabled.
We use cookies to ensure that we give you the best experience on our website. If you continue to use this site we will assume that you are happy with it.ContinueLearn more