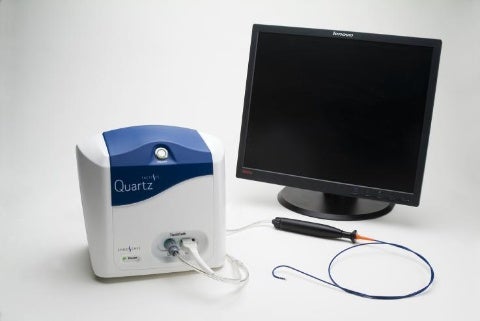 The TactiCath Quartz features a new force sensor that facilitates stability and avoids the need for pre-procedure calibration, a graphical interface and enhanced signal processing, and a digital output that assists connectivity with imaging devices and other equipment in the lab.

"The TactiCath Quartz will further advance the strong trend towards force-sensing becoming part of the standard of care."

Dr Dipen Shah, physician at University Hospital of Geneva, said the new force sensor technology gives even greater confidence in the accuracy of the force signal.

"In addition, the 50Hz sampling rate dramatically increases precision of the display and gives me every detail of the force applied in real time," Dr Shah added.

The third generation device with the lesion index (LSI) parameter is expected to enable an improved indication of lesion quality during catheter ablation procedures.

LSI is a sophisticated algorithm that correlates lesion formation with radiofrequency power, ablation time and contact force, according to Endosense.

Clinical data presented at Heart Rhythm 2012 showed that LSI is, to date, the best available parameter to calculate risk for reconnection after pulmonary vein isolation, with high statistical significance.

Endosense president and CEO, Jan Keltjens, said the TactiCath Quartz is an advancement born from more than two years of commercial experience with earlier TactiCath devices.

"With its greatly enhanced ease of use and performance, the TactiCath Quartz will further advance the strong trend towards force-sensing becoming part of the standard of care," Keltjens added.

25 Jan 2021
Registration is disabled.
We use cookies to ensure that we give you the best experience on our website. If you continue to use this site we will assume that you are happy with it.ContinueLearn more