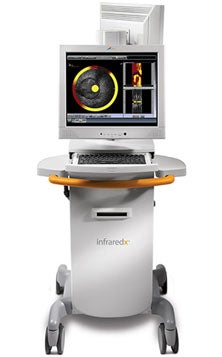 This investment builds on Infraredx's current contract with Nipro for the distribution of its TVC Imaging System in Japan.

Under the terms of the agreement, a member of Nipro's management team will join Infraredx's board of directors.

Infraredx intends to use the funds to widen the commercialisation of the TVC system in Japan.

The US firm expects to receive approval from Japanese regulatory authorities by 2014.

In 2012, the companies inked a five-year agreement under which Nipro received the rights to distribute TVC as well as provide all field service and technical support for the system and in return Infraredx would receive a minimum of $50m in revenues during this period.

Infraredx president and CEO Donald Southard noted Nipro's investment in Infraredx underscores the significant potential of its TVC imaging system to change the standard of care for patients with coronary artery disease.

"This investment builds on Infraredx's current contract with Nipro for the distribution of its TVC Imaging System in Japan."

Since last year, the US firm has been working closely with Nipro to obtain marketing approval for the TVC imaging system in Japan and expects to launch the product in the first half of 2014.

"Our strategic investment in Infraredx builds upon our productive relationship with the company and demonstrates our confidence that its technology will play an important role in our long-term strategy to grow our vascular business unit annual sales turnover to more than 30 billion yen by the year 2020," Sano said.

Alongside Nipro's equity investment, Infraredx has increased its term funding agreement with GE Captial in order to introduce its technology in all major markets.

Image: TVC Imaging System is anticipated to launch in Japan by next year. Photo: courtesy of Infraredx.

CureApp: could digital therapeutics be a lifeline for NASH patients?