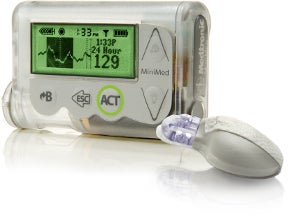 Medtronic is a step closer to developing an automated artificial pancreas for diabetics, as study results show the Threshold Suspend feature of its sensor-augmented insulin pump reduces nocturnal hypoglycemia without impacting the glycated hemoglobin level (HbA1C).

When the threshold is met, the insulin pump will raise the alarm and stop insulin delivery for two hours.

The ASPIRE In-Home study, which secured investigational device exemption (IDE) from the US Food and Drug Administration, compared two MiniMed sensor-augmented insulin pumps with continuous glucose monitoring – one which incorporated the Threshold Suspend feature and one without.

About 247 patients with type one diabetes and documented nocturnal hypoglycemia were randomly selected for a sensor-augmented insulin-pump therapy – about 121 were given with Threshold Suspend feature, while the remaining were given therapy without it, for a period of three months.

Hypoglycemia can be fatal for people suffering with diabetes, especially at night when patients are least aware of the symptoms as they sleep.

"The study results are important as we continue to move toward our goal of developing a fully automated system, or artificial pancreas that will one day require very minimal interaction from the patient," Kaufman added.

The Threshold Suspend feature is available internationally in the MiniMed Veo System and is also a part of the MiniMed 530G, which currently is not commercially available in the US as it under an FDA review.

Is your approach to label management letting you down?