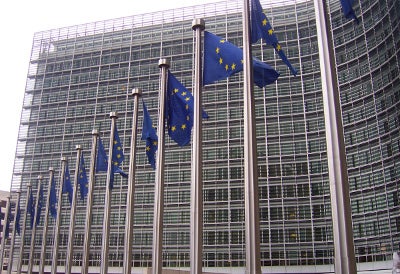 Bruce Campbell, along with Andrew Stainthorpe and Carole Longson from the UK's National Institute for Health and Care Excellence (NICE), argued in BMJ's (British Medical Journal) latest publication that data gathering is still not happening the way it should.

The present regulatory process in the region is inconsistent, opaque and operates in the interests of manufacturers, Campbell and his colleagues said.

Manufacturers of all medical devices, ranging from bandages to life support machines, are presently required to obtain a CE mark for a new device to be introduced into the European market.

The NICE team, however, cautioned that the amount of clinical evidence needed for CE marking is typically small, and cannot guarantee desired patient care, citing recent events such as the PIP breast implant scandal.

The experts also suggested the implementation of device tracking to help trace patients and recall devices; improved coding for new procedures; use of registers and data linkage and better post-marketing surveillance.

Campbell and team concluded; "None of the currently proposed changes in legislation, in Europe or elsewhere, includes all of our suggestions to improve acquisition of data".

"The present regulatory process in the region is inconsistent, opaque and operates in the interests of manufacturers."

"But developing the systems we have described would go a long way towards producing observational data that would enhance the safety of devices and procedures and facilitate decisions about their place in healthcare."

Another research group led by Edmund Neugebauer at Herdecke University in Germany has insisted, in an accompanying commentary, that Europe must have a central, transparent and evidence based-regulation process for device, and patient safety must improve through high-quality evidence of patient-relevant benefits.

The team filed a petition recently to the European Commission, European Parliament and European Council seeking rigorous clinical evaluation of medical devices, centralisation of regulation process and independent assessment by a new public body similar to the European Medicines Agency.

The team also sought post-marketing surveillance for devices, similar to clinical trials, to realise the pros and cons in real world scenarios and the European Databank on Medical Devices (Eudamed) be made publicly accessible, to obtain information pertaining to assessment as well as data on safety, performance and incidents.

Commenting on the ongoing discussion within the European Parliament, the researchers said it is very difficult to predict the outcome.

"We hope that current efforts to highlight the shortcomings in the proposal will help draw attention to patient safety and make members of parliament aware of the need for a new draft," the Herdecke University research group said.

27 Nov 2020
Registration is disabled.
We use cookies to ensure that we give you the best experience on our website. If you continue to use this site we will assume that you are happy with it.ContinueLearn more