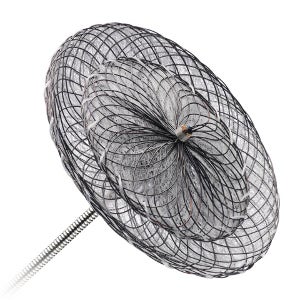 Comprised of Nitinol mesh and polyester fabric, the double-disc Amplatzer PFO occluder device is designed to close all types of PFOs with an easy-to-perform deployment procedure.

The 980-patient trial, RESPECT, was designed to determine if PFO closure with the Amplatzer PFO occluder plus medical management was superior over medical management alone in the prevention of recurrent cryptogenic (unknown cause) stroke.

The trial randomised patients in a 1:1 ratio and treated them with either the device or antiplatelet medications such as aspirin, warfarin, clopidogrel and aspirin combined with extended-release dipyridamole.

Composite rate of recurrent nonfatal stroke, fatal ischemic stroke or death after randomisation were the primary efficacy endpoint of the study.

A difference in the dropout rate between the medical therapy group and the device group challenged the validity of the primary intent-to-treat raw count analysis, which did not meet statistical significance, according to the company.

Using the same intent-to-treat cohort in a time-to-event analysis demonstrated a risk reduction of greater than 50%, which trended towards statistical superiority with a p-value of 0.08.

The study protocol also prespecified that if dropout rates differed significantly between the medication and device groups that analyses of two additional cohorts, including per-protocol cohort and as-treated cohort, would be evaluated.

St Jude Medical cardiovascular and ablation technologies division president Frank Callaghan said; "The analysis of the data from patients in the per-protocol group and the as-treated group provide compelling evidence that PFO closure with the Amplatzer PFO occluder is superior to medical management from both clinical and statistical perspectives."

University of Colorado Hospital Interventional Cardiology and Cardiac and Vascular Centre director Dr John Carroll said the data showed that the device closure with Amplatzer is safe and effective in closing the PFO, and lowered the risk of recurrent stroke in two of the three patient cohorts.

"The reduction in stroke achieved in the PFO-closure group exceeds that of several well-established pharmacologic treatments for the prevention of secondary strokes," Carroll said.