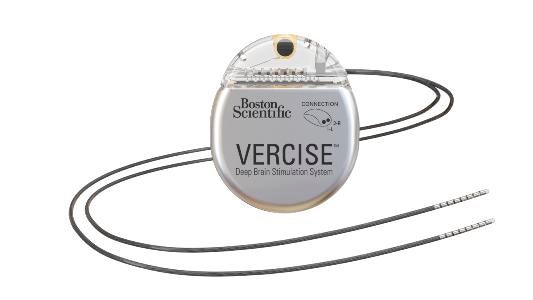 Boston Scientific has obtained the CE Mark approval for its Vercise deep brain stimulation (DBS) system, which is designed for treatment of intractable primary and secondary dystonia, a neurological movement disorder characterised by involuntary muscle contractions.

The Vercise DBS system is reportedly the first DBS system designed to selectively stimulate targeted areas of the brain in order to customise therapy and manage symptoms of Parkinson’s disease.

The first implant of the Vercise DBS system for the treatment of dystonia was performed by a team from the Charité Campus Virchow-Klinikum (CVK), which included department of neurology professor Andrea Kühn and Dr Gerd-Helge Schneider from the department of functional neurosurgery.

Dr Kühn said historically, treatment of secondary dystonia has been challenging and efficacy was typically incomplete and partially limited by side effects.

The system is designed to offer unique features including the longest battery life available for DBS therapy and the smallest stimulator footprint for the surgical implant.

"With this approval we look forward to extending the use of this technology to improve the quality of life of patients with dystonia," Nanavaty said.

"With this approval we look forward to extending the use of this technology to improve the quality of life of patients with dystonia."

The Vercise DBS system received CE Mark and Australia Therapeutic Goods Administration (TGA) approval in 2012 for the treatment of Parkinson’s disease and is already available in Europe, Israel, Australia and Colombia for such treatment.

In the US, the Vercise DBS system is still an investigational product, so unavailable for use or sale.

Dystonia is the third most common movement disorder after Parkinson’s disease and essential tremor, which affects more than 500,000 people across Europe, including children and adults.

Symptoms include involuntary muscle contractions, with twisting, repetitive movements or abnormal postures, which can be painful and debilitating.

KOL Perspectives: ABT-494 in Crohn’s disease