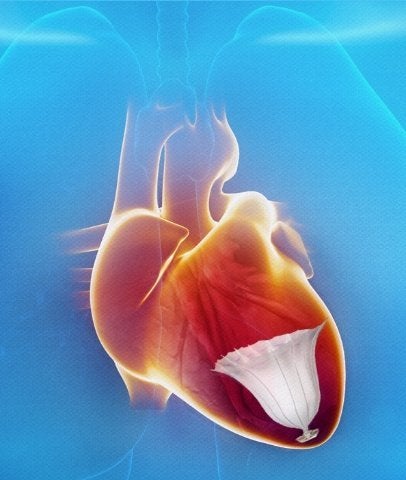 The CE-marked Parachute is a catheter-based percutaneous ventricular restoration (PVR) therapy that partitions the damaged muscle, isolating the non-functional muscle segment from the functional segment, while reducing the overall volume and restoring normal geometry and function in the left ventricle.

The study reported that 31 US and European patients treated with the Parachute system demonstrated a near-full New York Heart Association (NYHA) class improvement at two years compared to baseline.

In addition, reduction in left ventricular volume was maintained in the heart failure patients, showing no statistical change in post-procedure functional volume over a two-year period.

The combined rate of all-cause death and hospitalisation due to worsening heart failure was 16.1% and 32.3% at one and two years respectively and the rate of cardiac death was 6.5% at two years.

Marco Costa, director of the Interventional Cardiovascular Center and the Research and Innovation Center at the Harrington Heart and Vascular Institute, University Hospitals Case Medical Center , Case Western Reserve University , US, said the sustained and concordant improvements in symptoms, heart function and clinical outcomes are compelling, with an acceptable safety profile.

"If these results are confirmed in the upcoming large randomised trial, the Parachute implant will revolutionise the treatment of patients with ischemic dilated cardiomyopathy, reducing debilitating symptoms and allowing patients with heart failure to live with dignity again," Costa added.

Ohio State University Medical Center, US, internal medicine, physiology and cell biology professor and cardiovascular medicine director, William Abraham, said the data supports the design of the randomised pivotal trial, in which they anticipate a reduction of death and hospitalisation due to worsening heart failure on the order of 30 to 50% for patients treated with the Parachute system, compared to optimal medical therapy.

The Market Value of Anesthesia and Respiratory Devices Market in Hungary (2017 - 2025, USD Million)