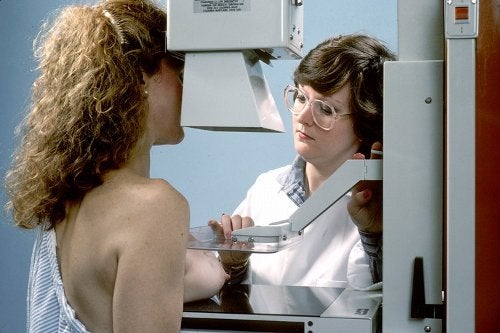 US-based Eventus Diagnostics has secured CE mark approval for its Octava Pink breast cancer test, which is used to confirm the presence of cancer in women whose mammography results were negative.

The Octava Pink test is believed to accurately identify the the presence of cancer in more than half of cases where the mammography result is a false negative.

Developed as the first in a new class of rapid, accurate and cost-effective blood tests for measuring disease-specific autoantibodies to detect the presence of cancer, the test is designed to address women’s concerns about missed cancers.

Clinical trials were conducted with over 800 women at major cancer centres in Israel, Italy and the US, and the resulting clinical data is expected to be published later this year.

Eventus Diagnostics chief medical officer and professor emeritus of obstetrics and gynecology at Ben-Gurion University of the Negev, Dr Benjamin Piura, said the test would address a serious shortcoming of mammography – the high rate of false negative results.

"The Octava technology has demonstrated encouraging specificity and sensitivity levels in multi-site clinical testing in over 800 women," Piura said.

"The Octava Pink test is believed to accurately identify the the presence of cancer in more than half of cases where the mammography result is a false negative."

"We expect that Octava Pink will identify at least half of all breast cancers in women who were mistakenly given negative mammography results, while providing welcome reassurance to women whose negative results are accurate."

The company, in collaboration with breast cancer specialists in Italy and Israel, is making the test available on a pilot basis, with a full European launch expected following data publication.

According to National cancer Institute (NCI) estimates, screening mammograms usually miss about 20% of breast cancers, leading to false negative results, which are more likely in women with dense breast tissue.

Five states in the US have already passed disclosure laws that require physicians to inform women with dense breast tissue that standard mammography may not detect cancer in their case.

At least 11 other states have introduced the proposal for similar legislation in the US House of Representatives.

Ben-Gurion University of the Negev