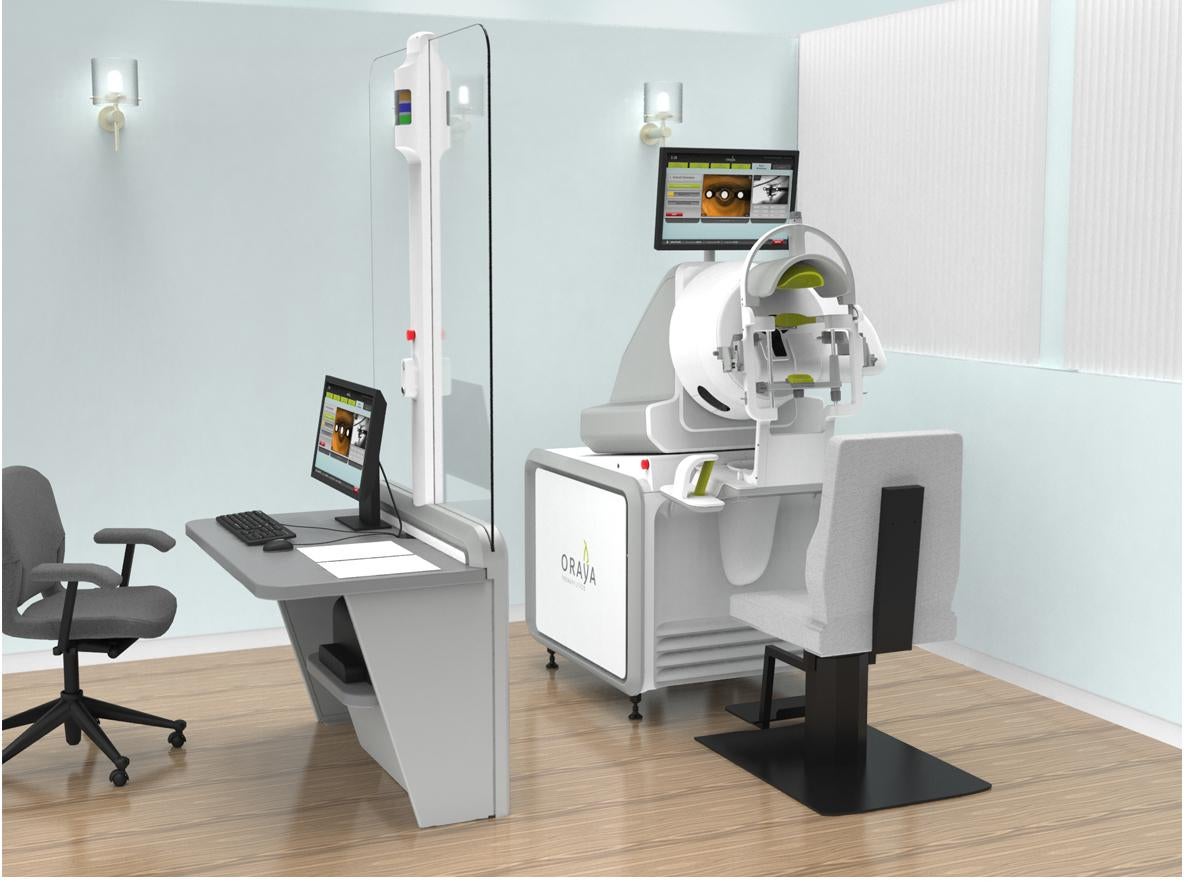 The new data is from 55 patients who have reached the three-year follow-up visit and demonstrated ongoing evidence of Oraya Therapy’s favourable safety profile. The 36-month follow-up involved detailed review of colour fundus photos and fluorescein angiography, which identifies microvascular changes potentially due to radiation.

The INTREPID clinical study demonstrated that a wet AMD patient population, previously treated with anti-vascular endothelial growth factor (VEGF) injections for up to two years, experienced a 25% mean reduction in the number of injections.

An analysis of the best responders in the INTREPID trial showed a 45% mean reduction in anti-VEGF injections, with better vision outcomes than the non-treated patient group.

In addition, only 1% of treated patients showed an evidence of micro-vascular abnormalities due to radiation that could affect vision outcomes.

Post-hoc analysis found patients with significant fluid in the retina at baseline and a lesion size of 4mm or lower in greatest linear dimension as ideal response candidates at the one-year time point.

The majority of existing and new wet AMD patients meet the necessary criteria, indicating that the benefits of Oraya Therapy are broadly applicable to the wet AMD patient population.

It was the first study to evaluate the effectiveness and safety of the Oraya Therapy in conjunction with as-needed anti-VEGF injections, and is the only sham-controlled double-masked trial to assess stereotactic radiotherapy for wet AMD.

"An analysis of the best responders in the INTREPID trial showed a 45% mean reduction in anti-VEGF injections, with better vision outcomes than the non-treated patient group."

The study met primary and secondary endpoints, showing that Oraya Therapy significantly reduces the need for anti-VEGF injections for patients with wet AMD, and demonstrated a favourable safety profile.

A total of 21 sites in five European countries participated in the trial, with 230 patients enrolled. A total of 212 patients were followed through the two-year visit.

The Oraya Therapy is a non-invasive, low-energy X-ray treatment intended as a one-time procedure to reduce or eliminate the need for frequent anti-VEGF injections directly into the eye.

Oraya treatment is a simple outpatient procedure, requiring approximately 20 minutes, with no limitations on patient activities after the therapy.

The therapy was first introduced in the UK and is currently available at the Optegra Eye Hospitals in Guildford and Manchester, as well as the VistaKlinik in Basel, Switzerland.

The Three-year safety follow-up data on the full trial are expected in the summer of 2014.