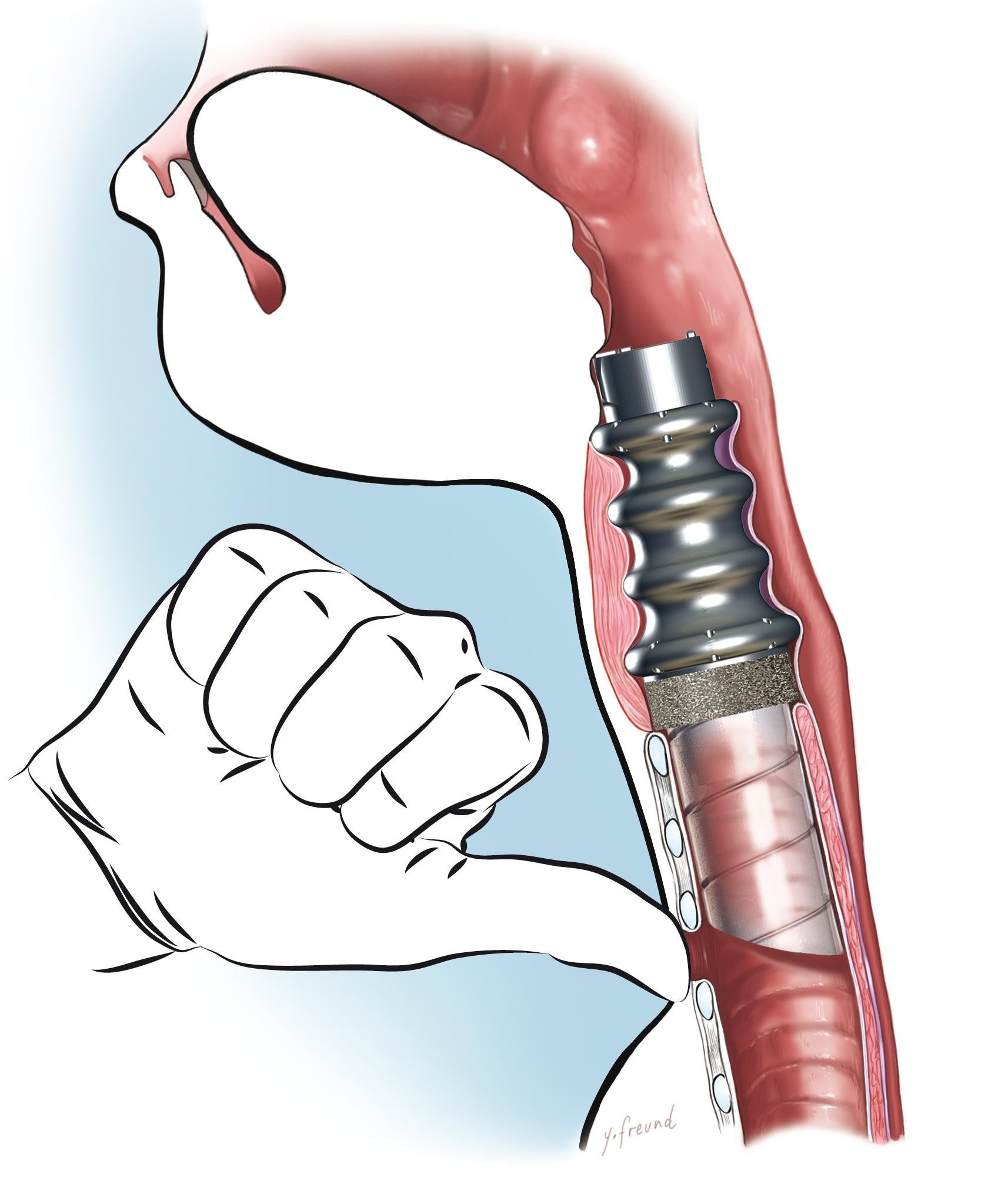 France-based ProTip SAS has reported its artificial larynx, ENTegral, has been successfully implanted in a human patient at Strasbourg University Hospitals.

The first major surgical procedure was carried out in the ENT department at Strasbourg University Hospitals by a team of doctors led by Professor Christian Debry on a 65-year-old male with laryngeal cancer.

Doctors began the process by removing the patient’s larynx and implanting a tracheal ring made of titanium to integrate with surrounding tissue over time.

A few months later, they placed a removable, valve-based device into the tracheal ring by way of the patient’s mouth, under general anaesthesia.

Following surgery, the patient’s ability to breathe again through the upper respiratory tract was restored as the artificial device partially replicated the normal functioning of larynx.

Professor Debry said the main purpose of the tracheal ring that they fitted was to recreate the connection normally formed by the larynx and acting as a kind of funnel between the two.

"The material used for the ring means that it can be incorporated into the surrounding tissues, forming an integral part of the throat as a result," Debry said.

Currently, the only option available for laryngeal cancer patients is to undergo a tracheostomy, enabling them to breathe via an opening in their neck by way of a tube.

"This surgical first paves the way for a procedure which gives new hope to laryngeal cancer patients. Ultimately, it will help patients regain their ability to breathe, speak and eat normally."

A laryngeal transplant has been suggested for some of the rare cases.

According to statistics from Cancer Research UK, doctors have diagnosed 150,000 new cases of laryngeal cancer worldwide in 2008, including 28,000 in Europe.

ProTip CEO Maurice Berenger said laryngectomy is a procedure that has not changed in 140 years.

"This surgical first paves the way for a procedure which gives new hope to laryngeal cancer patients," Berenger said. "Ultimately, it will help patients regain their ability to breathe, speak and eat normally.

"This first operation in Strasbourg is simply the initial feasibility stage. Still, it has to undergo a number of clinical tests before the larynx implant becomes a routine procedure."

ProTip’s ENTegral is believed to be a potential breakthrough since it provides an effective and viable option for patients with laryngeal cancer.

ProTip and the Strasbourg University Hospitals plan to further test the laryngeal technology and the surgical procedure before making the therapy commercially available globally.