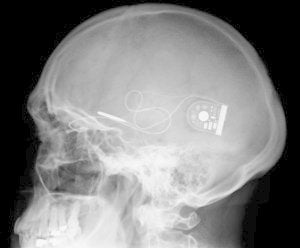 Retina Implant, a German developer of subretinal implants, has received the CE Mark for its wireless subretinal microchip, Alpha IMS.

The microchip has been designed to restore vision in patients who are blinded by retinitis pigmentosa (RP), a degenerative eye disease.

Comprising a 3x3mm² microchip with 1,500 electrodes, Alpha IMS is implanted under the retina, especially in the macular region.

The microchip, which has been put through clinical trials since 2005, is said to have more electrodes than any other devices currently used in human beings.

Retina Implant’s second human clinical trial conducted earlier this year found that patients with the microchip were able to identify faces and read signs on doors.

The first human clinical trial carried out in 2010 also demonstrated optimum visual results in patients when the microchip was placed beneath the fovea.

"The microchip has been designed to restore vision in patients who are blinded by retinitis pigmentosa (RP)."

"We look forward to working with clinicians across Europe interested in offering their patients a new pathway to regain vision," Walter-G Wrobel added.

RP Fighting Blindness CEO David Head said the latest results from the multicentre clinical trial have shown the impact that Retina Implant’s technology has made in enhancing the quality of life for people living with RP.

"It is important to note that currently these devices offer hope to RP patients who are now completely blind, they are not suitable for partially-sighted people," Head added.

Retina Implant noted that this is the first regulatory certification from the European authority for both the firm and its Alpha IMS device. So far, the Alpha IMS microchip has been implanted in 36 patients.

View All
View All
News