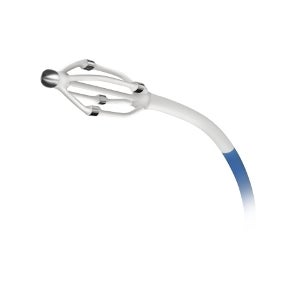 St Jude Medical has enrolled the first patient in its EnligHTN III trial to study the safety and performance of the second-generation EnligHTN renal denervation system.

As part of the international, non-randomised clinical trial, the medical devices major plans to enrol up to 50 patients in Australia and New Zealand with drug-resistant hypertension, a condition where medication cannot control the patient’s high blood pressure.

The proposed trial heavily draws upon the trial of the first generation EnligHTN system, which showed a safe, rapid and sustained drop in blood pressure in drug-resistant hypertension patients.

Systolic blood pressure could be reduced by an average of 28mmHg after thirty days of the trial, and could be sustained at 26mmHg points after six months treatment.

The system uses a multi-electrode catheter in combination with a new generator featuring a touch-screen user interface, and releases continuous ablations through four electrodes.

Believed to minimise ablation time drastically from 24 minutes to four minutes, the system comprises a non-occlusive basket design, which allows each placement of the ablation catheter to administer a predictable treatment pattern.

St Jude Medical said its new second-generation EnligHTN generator would not only ensure constant blood flow to the kidney during the procedure, but also allow physicians to view and record procedure details at ease.

"The ability of the next-generation EnligHTN system to deliver simultaneous ablations and the intuitive touch screen on the generator are advancements that simplified use, markedly reduced procedure times and was well tolerated by our patients," Worthley said.

Patients seeking participation in the study must possess systolic blood pressure that remains greater than 160mmHg, and must have used three antihypertensive medications, including a diuretic, concurrently at the maximum tolerated doses, the company said.