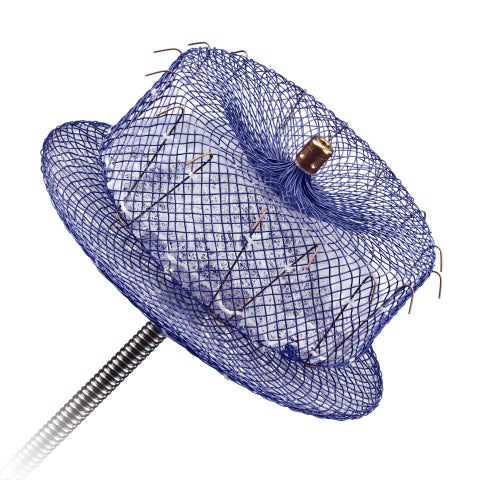 St Jude Medical has obtained European CE Mark approval for its left atrial appendage (LAA) occluder, Amplatzer Amulet, which helps to reduce the risk of an ischemic stroke by sealing off the LAA.

Research shows that in patients diagnosed with non-valvular atrial fibrillation (AF), 90% of blood clots occur in the LAA, which when released into the heart, are likely to enter bloodstream, move up to the brain and block a vessel.

LAA is a tube-shaped appendage connected to the left atrium of the heart, which usually holds static blood during an AF episode.

St Jude Medical claims that its new percutaneous transcatheter device will help in closing the appendage at its opening, preventing blood clotting and thereby avoiding a potential stroke.

The new device features braided Nitinol mesh, an end screw that is flush with the disc to provide a smooth surface within the left atrium, and a larger disc diameter for improved orifice coverage, according to the company.

Introduced as an advanced version of the Amplatzer cardiac plug, the Amulet design comprises a longer lobe and waist than previous models.

"We are pleased to offer a next-generation LAA occluder that addresses a wider range of patient anatomies, is easier to implant, and has the potential to further reduce the incidence of stroke in AF patients," Callaghan said.

Amplatzer Amulet, which is being released in eight sizes to meet varying anatomy requirements, is pre-loaded into the delivery catheter, thus making it easy for physicians to perform the whole procedure, claims the company.

The occlusion device is yet to be approved for use in the US.