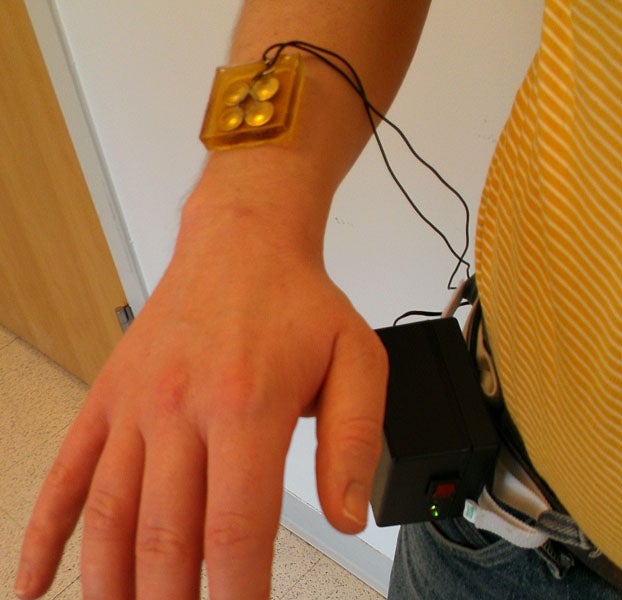 Researchers at the Drexel University School of Biomedical Engineering, Science and Health Systems have developed a small therapeutic ultrasound device that could speed-up the process of healing chronic wounds such as venous ulcers.

Comprising a transducer that measures about 4x4cm and has a thickness of about 1cm, the device can be directly applied to the dressed wound.

The transducer, which can easily fit into a pocket and weighs less than 1lb, is connected to a battery pack, which is just about the size of three pack of cards placed on top of each other.

The device that Drexel researchers designed can be used along with compression therapy and is only half as powerful as the type that doctors usually use to examine pregnant women.

In addition, as it is significantly lower in power units, the doctors can apply the ultrasound directly to the dressed wound for a longer period of time as it does not heat up and the pressure exerted is gentler on the wound.

Preliminary tests were conducted Weingarten’s wound clinic at the College of Medicine for a four week period.

During this period, 20 people were categorised into four groups in order to evaluate the effective combination of ultrasound strength and duration of time required.

"The five patients who received this treatment were healed completely by the end of the set period."

The team found that the most effective combination was found to be of lower frequency, about 20kHz instead of 100kHz, and for a shorter period of time.

The five patients who received this combination of treatment were healed completely by the end of the set period.

Drexel’s School of Biomedical Engineering, Science and Health Systems professor Peter A Lewin said: "We have been working with the idea of designing a fully wearable, lightweight and battery powered ultrasound device for a while, but now we are concentrating on showing why it is effective and how it can be a viable treatment that can be made available to more people with these ailments."

As part of a National Institutes of Health study, the team now intends to investigate how the ultrasound mechanisms work on healing the wounds.

With the help of a near-infrared scanning device, developed at the university, the group will monitor the three stages of wound healing, inflammation, proliferation.

Biomarkers and Companion Diagnostics in Oncology