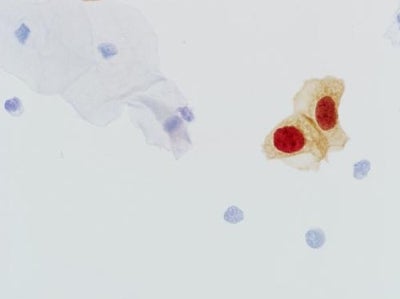 Ventana Medical Systems (Ventana), a member of the Roche Group, has announced the positive findings of the Primary ASC-US LSIL Marker Study (Palms) that have been published in the Journal of the National Cancer Institute.

The pan-European study was conducted to assess the diagnostic performance of the Cintec PLUS cytology test in screening for cervical precancers compared with more traditional screening methods such as Pap cytology in more than 27,000 women from five European countries.

The study assessed whether the test, which uses two biomarkers, p16 and Ki-67, that are indicative of oncogenic (cancer-causing) human papillomavirus (HPV) infections, provides both high-sensitivity and specificity for high-grade precancerous cervical lesions.

Results showed that when compared with Pap cytology testing, the dual-biomarker test was more sensitive and specific for cervical precancerous lesions.

"In young women, where HPV infection rates may be high, the CINtec PLUS test could be very useful to identify those women with clinically significant precancers who may be missed by the lower sensitivity Pap test," Dr Bergeron said.

According to statistics provided by the company, more than 500,000 new cases of cervical cancer are diagnosed annually worldwide, while the average five-year survival rate of patients is only around 50%.

The CINtec PLUS cytology test was developed to help identify HPV infections that may lead to cancer and distinguish them from those that will not.

"We are pleased to announce that a fully automated version of the CINtec PLUS cytology test will be launching later this year and will join the cobas HPV test and the CINtec Histology test to complete our portfolio of cervical cancer screening products."