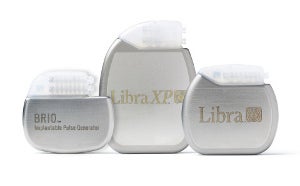 Brio, which the company claims to be the world's smallest DBS device, has a thin 10mm profile and greater implant depth, making the device suitable for patients with a small body type.

"For patients who do not respond to medications, deep brain stimulation therapy may alleviate symptoms such as repetitive, twisting movements, allowing them to improve their independence and overall quality of life," Moro said.

St. Jude Medical implantable electronic systems division president Dr Eric Fain said; "This CE Mark is the first approval by a regulatory agency for the use of deep brain stimulation therapy to manage the symptoms of both primary and secondary dystonia, broadening the treatment options for patients in Europe whose lives are impacted by this disabling disease."

The DBS therapy, which is available in Europe and Australia for the treatment of Parkinson's disease, is being clinically evaluated for use in depression and essential tremor.

St. Jude said the DBS systems are not approved for use in the US.

28 Oct 2020
Registration is disabled.
We use cookies to ensure that we give you the best experience on our website. If you continue to use this site we will assume that you are happy with it.ContinueLearn more