Medtronic gained FDA approval for its Melody transcatheter pulmonary valve (TPV) in 2017, and the device has been deployed in treating severe pulmonary regurgitation outside the United States for over a decade. On March 26, Medtronic announced that the FDA had approved its latest TPV system, Harmony. With this addition, Medtronic is strengthening its portfolio and offering more treatment options to patients who are not good candidates for invasive surgery.

Medtronic is the largest medical device company, and is already established in this space with multiple transcatheter valve therapies. Medtronic has positioned itself to dominate the TPV market, but an analysis of the company’s performance over the last five years shows that its US revenues in this market have remained stagnant. This is likely due to the fact that pulmonary regurgitation (PR) is often an asymptomatic disease. Historically, PR has been managed by treating symptoms and only turning to valve repair or replacement when necessary.

Mitral regurgitation (MR) has recently received lots of coverage due to the rapidly growing market for transcatheter mitral valve repair and implantation devices. Historically, MR was only addressed by treating symptoms due to the age of patients that usually develop MR, which increases the chances of complications in open heart surgery. Transcatheter therapies have increased the rate of interventions for MR. As such, Medtronic’s TPV devices could follow in similar footsteps if they can manage the associated challenges in the market.

Two powerhouses team up in the ASC space 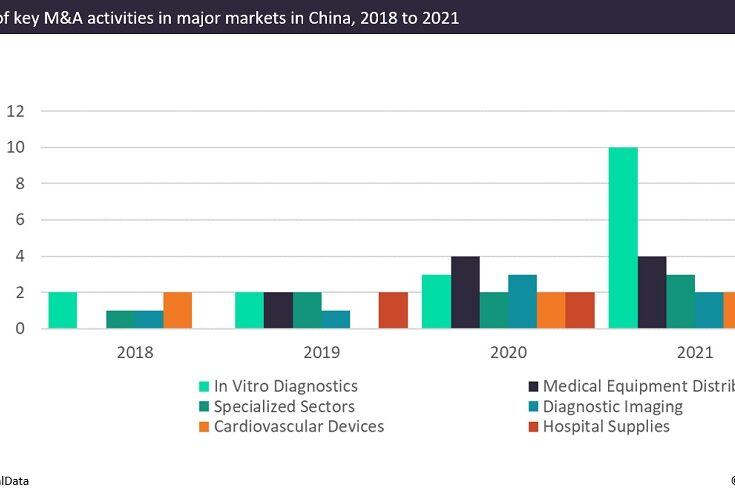 Merger and acquisition activities in China increased due to Covid-19