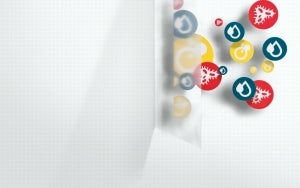 "With the introduction of DEHP-free Vancive Medical Technologies InteliShield barrier film for ostomy applications, we are anticipating a growing demand for plasticizer-free medical devices," said Kevin Jones, global segment market manager, Vancive Medical Technologies. "That need gained even greater urgency when fresh concerns arose in the European Union over use of the plasticizer DEHP in medical products."

DEHP [Di(2-ethylhexyl) phthalate] is a general purpose plasticiser which is used mainly for making PVC soft and pliable. Following a study asserting that blood bags containing DEHP posed a significant health risk, the European Commission recently requested an updated opinion from its Scientific Committee on New and Emerging Health Risks. The Committee was asked to review and reevaluate safety concerns related to the use of DEHP in PVC plasticized medical devices. It was also asked to identify possible alternatives to DEHP that could reduce potential risks. The review is expected to be completed by March 2013.

"In light of the European Commission’s action, medical device manufacturers are well advised to conduct an internal review of their product offerings," Jones added. "Manufacturers will want to make sure they are ahead of the curve and prepared for any eventuality. They should have options on hand that will allow them to adapt to new regulatory requirements that could be forthcoming."

Vancive Medical Technologies supports medical device manufacturers with technical assistance and advanced materials that anticipate possible rules on DEHP use, including InteliShield barrier film. The film is designed with a novel combination of plastics that are devoid of PVC and plasticizers including DEHP. InteliShield is a highly engineered film that provides the strength, softness and flexibility required for the ostomy market. Ostomy bags fabricated from the film have passed or exceeded the demanding industry standard requirements for that application.

The InteliShield film features an optional non-leaching antimicrobial inner surface. This antimicrobial has been shown to be effective in rapidly killing a range of bacteria. While not included in the current version of the InteliShield product, this technology is available upon request. The film structure also differs from the traditional materials by having two odor blocking technologies. In addition to the traditional passive oxygen barrier layer that blocks odoriferous molecules based upon their size, InteliShield also incorporates an organic chemical in barrier layers that traps larger molecules due to their shape and size. The combination of odor blocking technologies works synergistically to provide greater protection against odor breakthrough than the traditional single material.

A new beige-colored InteliShield variety has been introduced to complement the clear film already available. InteliShield film is supplied standard in roll form for fabrication by medical device manufacturers and converters.

Vancive has announced it will be an exhibiting at MD&M West this year. The conference...

This study's aim was to quantify and understand the adhesive performance of acrylic pressure-sensitive skin...