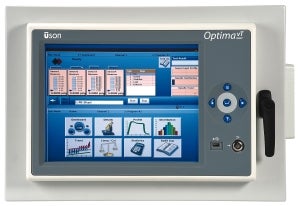 At the heart of the innovative Optima vT is Uson’s powerful TCU2 – the second generation Test Control Unit offering unparalleled versatility with a choice of one or two test channels. The powerful TCU2 permits connection of up to four high-resolution sensors per channel. The single channel Optima vT can test up to four independent cavities simultaneously while the two-channel tester is capable of handling up to eight, allowing for significant cost savings.

"No matter what you want to achieve in your test application Uson can do it and now the Optima vT will most often be the leak detector of choice. Whether you want production speed on the order of a million parts a year or you want a variety of tests done in sequence such as a pressure decay followed by a series of flow tests, we can configure the Optima to be that throughput king," said Joe Pustka, Director of Application Engineering.

Key features of the Optima vT Leak and Flow Tester include:

The Relationship Between Pressure Decay and Leak Rate