In the week of 21 March to 26 March, 12,839 medtech jobs were posted worldwide by 332 companies, according to the GlobalData jobs analytics tool.

Bausch & Lomb was once again the most prolific hirer across the medtech industry, posting 1,304 jobs. It was followed by PPD Group, which made 856 listings, and Sonova Holding, which advertised for 738 positions.

Bausch & Lomb parent company Bausch Health completed the sale of is Egyptian drug unit Amoun Pharmaceutical to Abu Dhabi’s sovereign wealth fund ADQ for $740m this week, ahead of the planned separation of Bausch & Lomb from the rest of the organisation.

Bausch Health CEO Joseph Papa said: “The sale of Amoun marks significant progress in our efforts to reduce overall Bausch Health debt as we continue to pursue all opportunities to drive value for our shareholders, including preparing for the spinoff of Bausch & Lomb.” 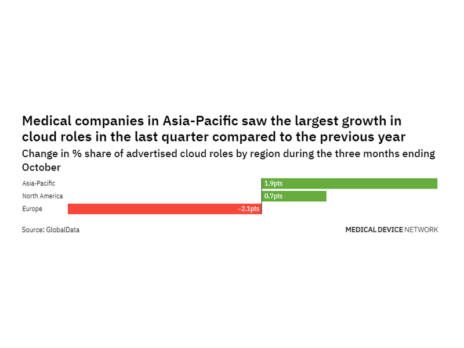 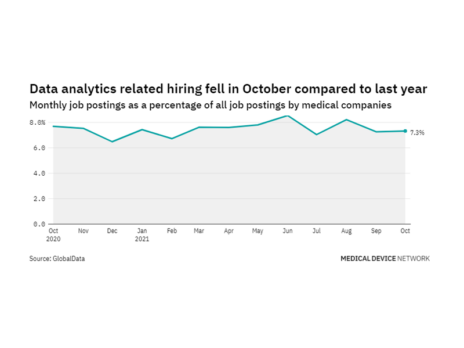 The US Food and Drug Administration has made headlines in the past week, following the resignation of its chief information officer and second-in-command Amy Abernathy. Abernathy, who oversaw tech and data modernisation at the FDA and has thus worked closely with parts of the medtech industry, is stepping down after only two years in the role.

Her departure comes as pressure mounts on President Joe Biden to appoint a permanent FDA head, two months into his administration. Abernathy was at one point considered a contender for the role.

In a series of tweets, Abernathy emphasised the importance of rethinking US digital health infrastructure, and noted that she was going to spend some time off with her family and would be “back at it soon”.

As for my next steps…I am going to spend some time with my family and do some brainstorming, reading & writing. I’ll be back at it soon, but in the meantime, I am just so grateful to everyone @US_FDA for trusting me to help advance the agency’s mission. 5/5