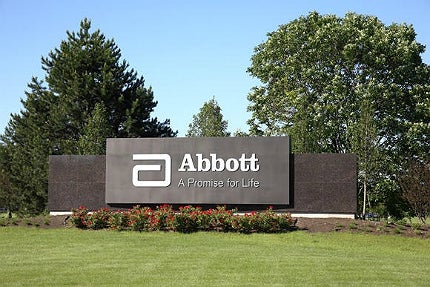 US-based Abbott has completed the acquisition of IDev Technologies, a Texas-based company focused on developing next-generation medical devices, for $310m in a mixed net cash and debt deal.

Kinetic Concepts (KCI), a US-based medical technology provider, has signed a definitive agreement to acquire Systagenix, a UK-based advanced wound care (AWC) products maker, for $485m as part of its strategy to boost revenues and expand its geographic presence.

The deal is also expected to improve KCI’s position in the international market. With a wide portfolio of AWC products and presence in categories of foam and contact layers, Systagenix distributes more than 20 million advanced wound care dressings each month to more than 100 countries worldwide.

Several of Systagenix’s products are used before, during and after use of KCI’s core negative pressure wound therapy products.

The CE mark will allow the company to sell and market the product in the European Union.

US-based medical device maker St Jude Medical has agreed to acquire Endosense, a Switzerland-based medical technology company that works in the development of catheter ablation for cardiac arrhythmia treatment, in a $331m deal.

With an initial payment of $170m (CHF159m), the terms of the transaction include an additional payment of up to $161m (CHF150m) in cash, following the regulatory approvals within a designated timeframe.

C R Bard has agreed to acquire Medafor, a developer and supplier of plant-based hemostatic agents, for a purchase price of $200m.

The deal, which is expected to close later in 2013, includes contingent payments of up to an additional $80m, based on achieving specific revenue-based milestones through to 30 June, 2015.

The transaction which has been approved by both companies’ boards of directors is subject to an approval by Medafor’s shareholders and customary regulatory review.

Israel-based medical devices developer Given Imaging has got clearance from the US regulatory agency to market its next-generation video capsule PillCam SB 3, which can detect small bowel abnormalities related to Crohn’s disease and gastrointestinal bleeding.

The US Food and Drug Administration (FDA) has granted 510(k) clearance to the Zimmer Patient Specific Instruments (PSI) shoulder system.

The system also provides patient-specific surgical instrument guides to facilitate placement of the implant corresponding to the personalised surgical plan.

By using these plans, surgeons can size and position the implant for placement, and can even prepare bones and position screws for implant placement.