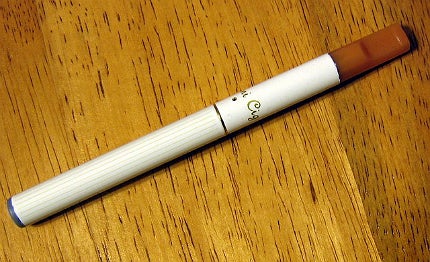 The US Food and Drug Administration (FDA) has urged medical device makers, hospitals and other medical facilities to boost their protection systems against cyber attacks, which could affect how a medical device operates or compromise the safety and privacy of patients.

As medical devices become more interconnected via the internet, hospital networks, other medical devices and smartphones, there is an increased risk of cybersecurity breaches, which could ultimately affect the way a medical device operates.

MicroPort Medical, a subsidiary of China-based MicroPort Scientific, has signed a definitive agreement with Wright Medical, a US-based orthopaedic company, to purchase Wright’s OrthoRecon business for $290m in cash.

This acquisition is expected to close by the end of the third quarter or early in the fourth quarter of 2013, following the approval of MicroPort shareholders and regulatory authorities.

The deal will help MicroPort tap the growing hip and knee implant market; the global market was worth $14bn in 2012, while the Chinese market is expected to be worth $1.3bn by 2018 and is currently growing by approximately 17% every year.

The device, which uses an elastic band to block the blood supply to the foreskin, causing it to die and fall off, is the only adult circumcision method aside from conventional surgery to receive approval from the WHO.

This device can be fitted by a two two-nurse team within four minutes in a procedure that does not require general anesthetic or sterile conditions, reported The New York Times.

The acquisition is desigined to improve Mindray’s high-end ultrasound research and development, as well as its US sales capabilities.

Zonare, which posted revenues of approximately $64m in 2012, is a provider of ultrasound technology and high-end radiology products with a strong presence in the US, Canada, Scandinavia and Germany.

US-based Techne has agreed to buy Bionostics Holdings and its operating subsidiary Bionostics for $104m in cash, as part of a strategy to expand its haematology products portfolio.

The deal is likely to close in the first quarter of fiscal 2014 and is expected to be slightly accretive to Techne’s fiscal year 2014 net earnings.

Bionostics manufacture control solutions that validate the proper working of in vitro diagnostic (IVD) devices, which are used in blood glucose and blood gas testing.

PLC Systems, a provider of medical device technologies, has secured a new method patent entitled ‘Patient Hydration Method’ from the US Patent and Trademark Office for its RenalGuard therapy and the RenalGuard device.

The patent, which covers the use of RenalGuard therapy and the RenalGuard device to protect patients’ kidneys from potentially toxic therapeutic agents, such as those used in cancer treatments, significantly widens the company’s intellectual property position.

The use of the RenalGuard technology reduces the risk of acute kidney injury (AKI) from exposure to contrast agents that lead to contrast-induced AKI (CI-AKI).

Using the novel inertia-focusing spiral microfluidics in the single-use CTChip FR, the system separates and isolates cells in a blood sample and thereby allowing for continuous label-free separation of CTCs from blood cells.

Brexit and Healthcare Industry - Implications for Pharma - The Story So Far