Digital mental health platforms have seen something of a renaissance during the Covid-19 pandemic, as in-person appointments have been relegated to the digital sphere. For those who cannot access therapy from a human clinician, mental health chatbot platforms are an increasingly popular digital alternative.

Critics of these platforms have repeatedly questioned their efficacy, due to the lack of face-to-face connection between patient and clinician. However, a study examining the effectiveness of artificially intelligent (AI) chatbot mental health platform Woebot has suggested that users actually form a similar bond with the chatbot to that which they would form with a real-life therapist.

The researchers – most of whom, it should be noted, are employees of the app’s developer Woebot Health – have theorised that this is due to the fact that Woebot acknowledges it’s not a human, instead of trying to seem like a real person.

They wrote: “Interacting with humanoid AI identities can result in individuals falling prey to the ‘uncanny valley,’ which is the sense of unease and ‘creepiness’ that is created when something that is artificial tries to appear humanlike.

Woebot acknowledges it’s not human, creating a level of transparency that could boost patient confidence in the platform. 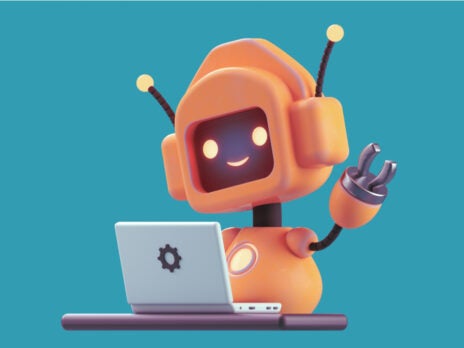 “Contrary to Turing’s Imitation Game, wherein an AI must successfully pretend to be human in order to pass the test, Woebot was designed to adopt the opposite strategy – transparently presenting itself as an archetypal robot with robotic ‘friends’ and habits.”

Woebot is explicit about not being human

The study included 36,070 patients who signed up to Woebot between November 2019 and August 2020. Working alliance between the app user and the Woebot was assessed using the Working Alliance Inventory-Short Revised (WAI-SR) questionnaire, via the mobile app.

The researchers wrote: “We speculate that transparency and other design elements are key drivers of bond development. For example, Woebot explicitly references its limitations within conversations and provides positive reinforcement and empathic statements alongside declarations of being an artificial agent.”

Within five days of initial app use, the mean WAI-SR score for Woebot was 3.36, which was comparable to those in recent studies from the literature on traditional, outpatient, individual CBT and group CBT, which showed mean bond subscale scores of 4 and 3.8, respectively.

Woebot Health founder and president Alison Darcy said: “I’ve always believed that technology could be truly helpful at an emotional level, if it’s designed and delivered in a human-centered way. The ability to establish a bond, and to do so with millions of people simultaneously, is the secret to unlocking the potential of digital therapeutics like never before. We’re excited to be at the forefront of this line of research.”

The findings of this study could be very significant when it comes to the future development of digital mental health platforms. If digital therapeutics are in fact capable of effectively simulating the bond between patient and therapist, the estimation of their efficacy could change significantly among medics.

The researchers suggested that future investigation could be carried out into the role of therapeutic bonds as mediators of clinical outcomes, since boosting the engagement and efficacy of digital therapeutics could have major public health benefits.

Woebot was launched in 2017 as a Facebook Messenger app, which could chat with users about anxiety or depression. It launched its standalone app the following year.

Recently, the company released data on a modified version of the platform designed to treat substance use disorder. Participants who screened positive for problematic substance use during the pandemic gave Woebot high ratings for affective bond formation, as well as reporting reduced cravings and increased confidence in their ability to resist addictive urges.