The device received the European CE Mark for the Ranger DCB in July 2014 and secured US Food and Drug Administration (FDA) approval in November 2020.

PAD is a common circulatory disease that affects around 200 million people worldwide. It narrows arteries due to plaque build-up and leads to a subsequent reduction of blood flow to limbs.

Details of the Ranger DCB catheter

TransPax coating has balanced hydrophobic and hydrophilic properties, which allows the balloon to reach the lesion with an optimal therapeutic dose of Paclitaxel and reduces systemic loss.

The Ranger DCB has a pre-mounted loading tool that ensures drug coating integrity and simplifies handling when inserting the device through a tight introducer’s valve. It shifts over the balloon once the balloon protector is removed.

The Paclitaxel-coated PTA balloon catheter is based on the well-known 0.018in Sterling balloon dilatation catheter platform, with .018in or .014in guidewire compatibility and the lowest tip entry profile to aid deliverability. The smaller diameter guidewires can be used across a wide variety of lesion complexities.

The Ranger DCB’s Sterling platform has considerable pushability and trackability, which enables navigation through substantially difficult anatomies. The device has a broad size matrix, with longer sizes of 120mm, 150mm and 200mm.

Designed with a low therapeutic dosage and proprietary coating, the device results in high primary patency rates and low systemic drug toxicity for patients. It is an important tool to treat lesions both above and below the knee.

The FDA’s approval of the Ranger drug-coated balloon catheter was based on the outcomes of a global, prospective, multi-centre, pivotal clinical trial named RANGER II SFA.

The trial compared the device’s safety and efficacy to the standard PTA for the treatment of PAD in patients.

A total of 440 patients were enrolled and randomised at a 3:1 ratio to receive PTA, using the Ranger DCB or standard angioplasty balloon.

In addition, the patients who received Ranger DCB therapy had a lower revascularisation rate of target lesions (5.5%), which is an MAE component, compared with 16.5% observed in patients treated using standard PTA, significantly reducing the need for repeat procedures for a patient.

In the trial’s primary efficacy outcome, the 12-month binary primary patency, which is a measure of the remaining unobstructed target vessel, was evaluated. The Ranger DCB demonstrated an 82.9% primary patency compared with 66.3% for the standard PTA at 12 months.

Boston revealed positive two-year results from the RANGER II SFA randomised controlled study in October 2021. The trial confirms the Ranger DCB’s safety and efficacy in the treatment of patients with PAD in the SFA and PPA compared with conventional PTA. 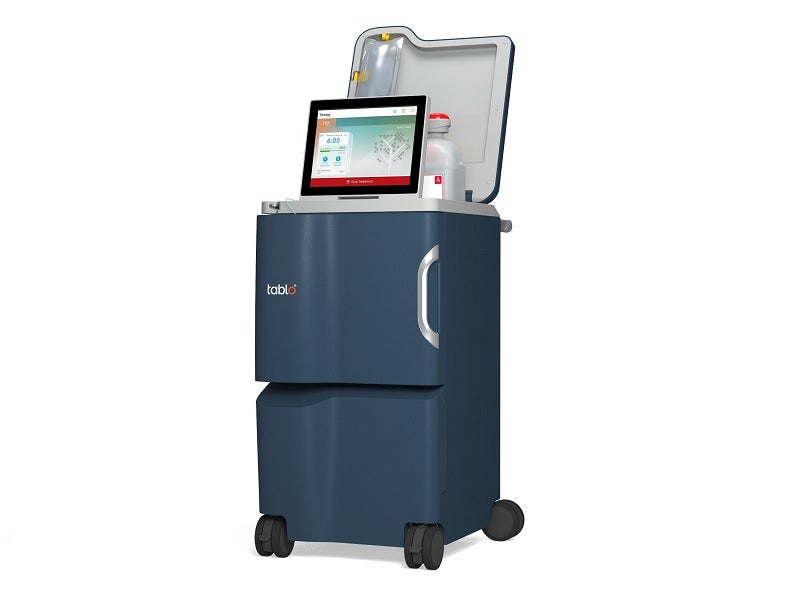 Tablo Haemodialysis System, US
Topics in this article: