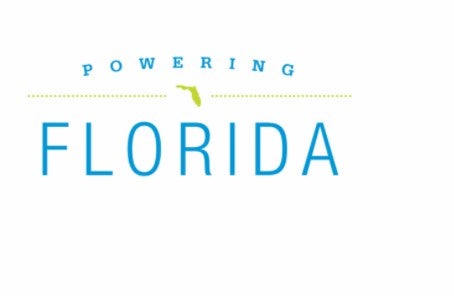 In 2020, China usurped the US as the world’s top destination for new foreign direct investment. UN figures reveal that new investments into the US from overseas dropped by nearly half last year, falling from $251bn in 2019 to $134bn.

While the US still leads the way when it comes to total foreign investment, the decline in growth is closely aligned to economic fallout from the pandemic – and reversing the trend will have a major impact on the pace and extent of overall economic recovery.

Florida has certainly seen the benefits of encouraging rapid FDI growth. Today, the Sunshine State ranks fourth in the US for FDI employment – levels that grew by 58% during 2010–17 alone. The Florida Chamber of Commerce estimates that one in five of the state’s jobs depends on inward investment, which pay more than 30% above the state average wage.

Enterprise Florida’s senior vice–president for international trade and development, Manny Mencia, has watched this landscape evolve first-hand. “The FDI world has become hyper competitive,” he says. “When I began in this business many years ago, essentially I worried about competing with neighbouring southern states – today our competitor is the world.”

The state’s top sources of foreign investment make for an unsurprising roll call of traditional heavy hitters. Measured by job creation, the UK leads the way, followed by Canada, Germany, France, Switzerland and Japan. Investors in established markets will continue to have a big role to play, but state leaders appreciate that, in order to turbocharge a return to growth, new routes of capital will need to be forged and grown.

“As a matter of fact, we are actively receiving new leads and projects, with a growing interest from different parts of the world like Singapore and Turkey,” Mencia says. “So not only are we seeing very robust foreign direct investment, we are also seeing a higher diversification of where the leads are coming from.”

Mencia has a theory that part of this diversification can be traced back to the Great Recession of 2008, when real estate prices in the Sunshine State nosedived. “If you were French, Italian or Spanish paying with euros, you were getting the bargain of the century,” he explains. “We saw an explosion of international visitors who discovered advantages of Florida they were not aware of. In time I think a lot of them have become investors.”

Having been in his role since the international trade and business development division of Enterprise Florida – the state’s principal economic development organisation – launched 25 years ago, Mencia has watched the global business community’s perception of the state evolve.

“For many years, in the minds of decision makers, Florida remained a tourist destination – there was a concern that when the weather was good the employees would be heading to the beach rather than the office,” he laughs. “That image was quite entrenched, but I think we have overcome that now and companies are becoming aware that Florida has an extremely dynamic economy that keeps adding layers.”

While he believes that the state government’s business friendly regulations and tax advantages help to capture investor attention, he argues that priorities today go far beyond incentives.

“At one time I think FDI decision making came down to how much money could be made from that location – investment work was much more incentive seeking,” he explains. “Now, a lot of companies from the developed world are realising that, even if you get quite a bit of incentive money, if the location isn’t right for what you manufacture or distribute, there is a good likelihood you are going to fail no matter how supportive the government has been.”

Thriving manufacturing, aerospace and aviation, and life sciences sectors have been responsible for luring potential investors and creating thousands of high-value jobs in Florida over the last decade, but the state is also eager to encourage growth in new areas.

“Our technology sector is exploding,” says Mencia. “Ten years ago, we didn’t have the ecosystem to support them, but today Florida is rich in accelerators and incubators to attract technology companies from all over the world.”

He also highlights the rapid acceleration of investment in the state’s clean energy sector. According to the Solar Foundation, Florida is the second–fastest–growing state for solar jobs, with a job growth rate of more than 20%. The arrival of the Biden administration, and a renewed focus on green energy policy, should help create even more investment opportunities in this space.

While one can celebrate past wins and look towards an exciting future, Mencia acknowledges that the last year has been far from easy when it comes to finalising new FDI projects and getting deals over the line. He has gone from travelling over 100,000 miles annually, meeting with an array of potential investors, to taking a single trip since March.

Major events relied on for lead generation like the SelectUSA summit in Washington have been cancelled and overseas investors are understandably reluctant to visit amid ever-evolving travel restrictions.

Despite these impediments, Enterprise Florida and state leaders have been finding new ways to connect with potentially interested parties, including running the first–ever virtual Florida International Trade Expo this March.

According to the University of Central Florida’s Institute for Economic Forecasting, the state’s economy is expected to grow by 7.6% in 2021. In order to hit and build upon that figure, foreign investors have a major role to play. Mencia is remarkably confident of their willingness to do so.

“Disruptions are slowing down the establishment process for FDI projects, but there is a lot of pent-up demand,” he insists. “Florida is going to come out of the pandemic in an unusually strong position.”

Florida consistently ranks among the best states for doing business, thanks to pro-corporate state tax policies, competitive cost structures and streamlined regulatory environment. This white paper looks at the wide array of incentives designed to spur economic investment both from home and abroad, the skilled and adaptable workforce underpinning these efforts, and the industries at the forefront of the next stage of investment and growth.
by FPL
Thank you.Please check your email to download the Whitepaper.
Topics in this article: Florida Power & Light Company (FPL)
SUBSCRIBED