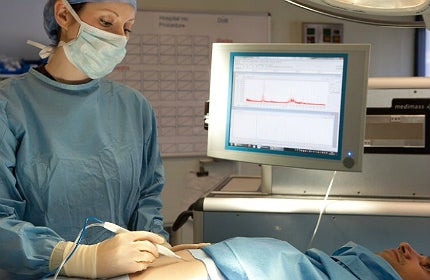 Abbott is expanding its medical device business with the $710m acquisition of OptiMedica, a Silicon Valley-based ophthalmic device firm, and IDev Technologies, a Texas-based stent manufacturer.

Made with BD Vialon biomaterial, the system’s pre-attached extension line lessens the cost in assembly time and also the risk of contamination.

Physio-Control has developed Lucas 2, a system that delivers continuous chest compressions in order to maintain blood flow to the brain and other organs when a person suffers a cardiac arrest.

The latest chest compression system provides better cardio-pulmonary resuscitation (CPR) as the treatment in cardiac arrest cases should begin within four to six minutes, before the heart and brain are damaged.

CPR is an emergency procedure to keep the brain function intact until additional measures are taken to restore blood flow and breathing for a person suffering a heart attack.

Minneapolis-based Techne has closed the acquisition of Bionostics Holdings and its subsidiary Bionostics in a cash deal worth $104m.

Techne announced its plans to acquire Bionostics and the operating subsidiary last month, as part of its strategy to boost its haematology products portfolio.

Techne CEO and president Charles R Kummeth said the acquisition of Bionostics would add capabilities in new areas such as coagulation and expands its controls portfolio, giving the company the critical mass it needs to remain competitive and offer its customers continued value and options to serve their needs.

China-based medical devices developer Mindray Medical International has completed the acquisition of Zonare Medical Systems, a US-based ultrasound technology provider, for $101.7m, as part of its strategy to boost its presence in the ultrasound market, particularly in the US.

Mindray entered into a definitive agreement to acquire Zonare on 12 June 2013.

The company then announced that it would fund the acquisition with existing cash and third-party borrowings, and expects the deal to be slightly dilutive to its full-year 2013 and 2014 earnings.

Sweden-based Elekta has secured the CE Mark for its Clarity 4D Monitoring system, which will allow doctors to monitor the motion of prostate with an accuracy of even sub-millimetres during radiotherapy.

During advanced prostate protocols, such as reduced margin hypofractionated therapy or stereotactic ablative body radiotherapy (SABR), it is important for doctors to keep monitoring not only the prostate but also the surrounding anatomy, such as bladder, rectum and penile bulb.

Once ingested, it can transmit up to 35 frames per second for approximately ten hours to a recording device worn by the patient.