The offer involves $2.7bn cash proceeds and the remaining in retained net receivables. Its acceptance period is 120 days from the date of the offer.

Researchers from Cleveland Clinic in Ohio, US, unveiled a new diagnostic test that can identify ten different cancer types in a blood sample, even before the appearance of disease symptoms. 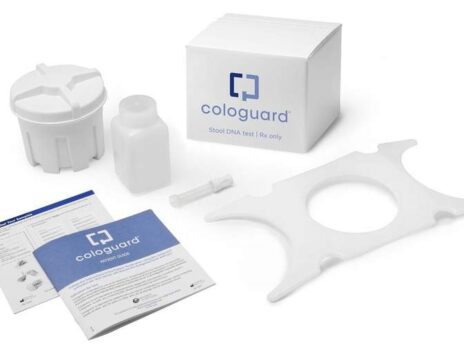 The non-invasive test works by detecting fragments of DNA that are released by tumour cells into the blood.

Led by Dr Eric Klein from the clinic’s Taussig Cancer Institute, the research team conducted a clinical study in a total of more than 1,600 subjects to evaluate the blood test.

Researchers from the Massachusetts Institute of Technology (MIT) collaborated with local Brigham and Women’s Hospital to create a system that can wirelessly power and communicate with medical devices inside the body.

The new In-Vivo Networking (IVN) system employs radio frequency waves to power implanted devices. This is expected to eliminate the need for a battery, in turn reducing the device size.

For their study, the team used a prototype similar in size to a rice grain but are hopeful that its size could be further decreased.

The team was led by Harvard University, Massachusetts Institute of Technology (MIT), and National University of Ireland (NUI) Galway, among others.

The new implantable tool can be sutured onto tissue and is designed to allow localised, refillable and targeted therapy for the heart.

London’s Institute of Cancer Research is planning a UK clinical trial for a DNA test designed to identify men at high risk of prostate cancer.

The saliva test is based on 63 new DNA genetic variations discovered by researchers during a study of more than 140,000 men. These variations were found to be linked with increased risk of cancer.

To develop the new test, the scientists combined these single-letter genetic variants with up to 100 others that were previously associated with the disease.

Gatan manufactures instrumentation and software for improving and extending the operation and performance of electron microscopes.

The instruments offered by Gatan can be used during various analytical process steps such as specimen preparation, manipulation, analysis, and imaging.

Investigators from Brigham and Women’s Hospital (BWH) in the US, are developing a new way to rapidly and accurately diagnose Zika virus using mobile health technologies that could potentially be used in resource-limited settings.

The researchers believe the tool could also provide home testing for couples who are trying to conceive, particularly in locations that have a high risk of infection. They have described the new technology in the journal ACS Nano.

The proposal was originally made last month for purchase by CDH Genetech alone. It has now been amended so that CDH and CGP will jointly carry out the transaction covering 100% of Sirtex’s shares.

Sirtex entered another agreement in January this year, under which US-based Varian Medical Systems intended to buy the firm for approximately A$1.58bn ($1.28bn) or A$28 ($21.08) per share.

The fast yet non-invasive technology leverages imaging processing and machine learning to deliver objective brain functioning data, which is expected to aid in early diagnosis and customised treatments.

OSCANN Desk can be used in a healthcare centre, where personnel will perform certain calibration and clinical tests that take around one minute each.

Bio-Techne to buy Exosome Diagnostics for up to $575m

Under the terms of the deal, Bio-Techne will pay $250m in cash, followed by up to $325m of contingent consideration upon reaching select milestones in the future.

The strategic acquisition, which is scheduled to close in July or August this year, is expected to complement Bio-Techne’s molecular pathology business Advanced Cellular Diagnostics (ACD).